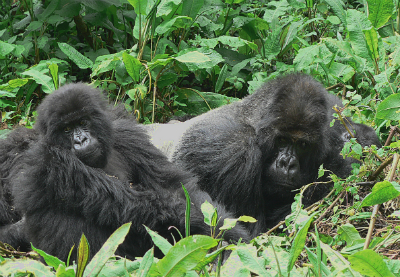 Some five months after the sudden death on July 28 of dominant silverback Rano, who was the leader of the Titus group, the future of this historic group still remains unclear. Surprisingly, the three remaining silverbacks, who are all young, have not yet established a clear dominance hierarchy. And that means we don’t know if the group will stay together for the long term, or whether it may be taken over by a solitary male due to its instability.

The three silverbacks are quite young, which may be why none of them has clearly stepped forward as a leader. This peaceful coexistence is beneficial, as having all three males remain in the group makes them better equipped to deal with the dangers they might encounter from other groups or lone silverbacks.

What we are seeing in the last five months is that the group is consistently spread among the three silverbacks, who keep a certain distance from each other. We assume this is a strategy to avoid conflicts. This assumption is supported by the unusual pattern of sexual activities we have monitored. Since the death of the previous dominant, Rano, the only silverback seen to engage in copulation is the youngest, Urwibutso. This may be due to the other two avoiding competition.

We have not observed enough instances of dominance behavior since Rano’s death to assess what might happen with the new hierarchy. Displacement behaviors (those taken by a dominant gorilla over one lower in rank), which are typically involved in reconstructing the ranking scheme, have been observed only twice so far, suggesting that none of the three silverbacks is clearly dominant over the others. 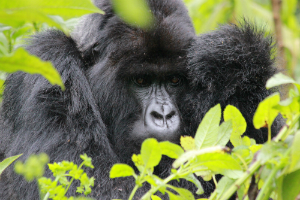 The proximity pattern and the travel directions of the females suggest that silverback Turakora is stronger than Pato. It seems that the youngest silverback, Urwibutso, is less feared by the older silverbacks and that he very likely will play the role of supporting one or the other, depending on who takes over.

All these assumptions may change if a real conflict starts between Turakora and Pato, however. If Turakora, who seems to be the more dominant, does become truly dominant, his story will be oddly similar to that of his father, Titus. As was true for his father, Turakora was abandoned by his mother at the young age of 4. Then, the young gorilla was adopted by his father, at the time the dominant of the group. This created a very close relationship, which reminded us of the one between Titus and silverback Beetsme, after he was abandoned at age 4.

Despite an initially dramatic start to his life, Titus became a strong leader, and gained dominance over Beetsme in 1989, at the age of 15. He kept the alpha rank for 20 years, until his death in September 2009. We hope Turakora will have the same successful outcome and become a good leader despite all the challenges.

Titus was one of the most remarkable gorillas ever known, not only because he held leadership longest, but most of all because he passed on his peaceful temperament to all of his sons. Pato has undoubtedly inherited Titus’s temperament, but his story is quite different from Turakora’s. Pato is Shangaza’s son. Their strong bond goes beyond the normal mother-infant relationship, and he was nursed until age 5! Pato has a very friendly attitude with all group members and a very playful nature as well, which was strengthened by the constant presence of his mother.

During Rano’s leadership, Pato was very active in looking for sexual encounters with young females, often upsetting the dominant silverback. Despite that, he had a very central position in the group. But, since Rano’s death, Pato is instead keeping a peripheral position.

The youngest silverback, Urwibutso, is the son of the late Tuck, who was dominant among the females. Because of his mother’s high rank, Urwibutso has been always very confident in the group and benefitted from positive relationships with all of the group members. Due to his young age, we don’t expect him to rise up over the other two silverbacks, but he will definitely play a very important role in the group’s protection. Urwibutso also has the support of his brother, blackback Segasira, and is keeping close proximity to female Kurudi. This strong relationship may also lead the couple to leave the group.

Our trackers and scientists are carefully following this developing group situation, and can’t wait to see how the three silverbacks eventually establish a clear hierarchy, re-establishing the prestigious role of the historic Titus group. 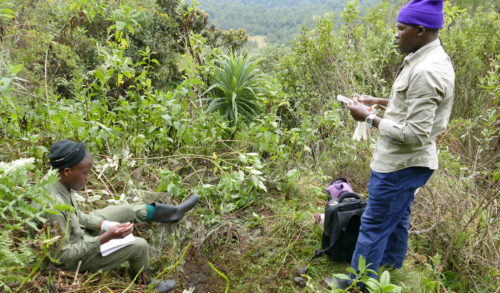 Twelve years ago, when the Fossey Fund began working in the classrooms of Rwanda, we hoped to teach young Rwandans...