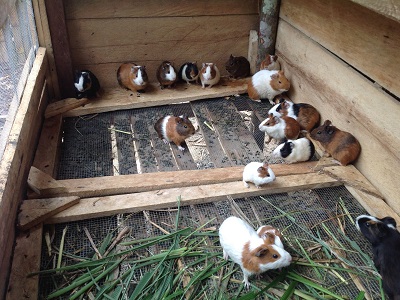 Grauer’s gorillas, which are among the world’s most-endangered primates, are found only in the Democratic Republic of Congo. This region has been through 17 years of conflict and insecurity and as a consequence, illegal mining, deforestation, poaching and hunting have considerably increased.

In 2012, the Dian Fossey Gorilla Fund established a permanent research and conservation station in the core of Grauer’s gorilla’s range, between Kahuzi-Biega and Maiko National parks. In 2013, the Fossey Fund’s field teams collected data along a total of 99 transects (4 kilometers each) in a 700-square-kilometer area and found more than 150 gorillas, 200 chimpanzees and numerous other ecologically important species, including bongo antelope, forest buffalo, duiker, giant pangolin and small primates, living in this area.

But hunting and poaching pressures are high in this area and require immediate conservation measures. Bushmeat, which is the commonly used term for meat obtained from hunting wild animals, has traditionally been the main source of protein for local communities, and the bushmeat trade is one of the main sources of income in the region. However, with the increase in illegal mining camps in the region as well as greater demand from major cities in eastern Congo, hunting has increased considerably. As a result, wildlife populations have plummeted and communities in the area are suffering from limited diets. Children are showing signs of malnutrition due to lack of meat and nutritious vegetables, and family diets are largely limited to cassava roots and leaves and to critical small amounts of bushmeat.

To help address this situation and at the same time reduce human pressures on the animals and plants of the forest, in 2014 the Fossey Fund set up a pilot project aimed at increasing food alternatives through growing new crops with high nutritional value (such as beans, cabbage, eggplant, squash and rice) and raising food animals (including pigs, rabbit and guinea pigs).

Based on the success of the experimental phase of this project, in 2015 the Fossey Fund decided to move toward multi-faceted strategies by creating a “community conservation and development program” to accompany our gorilla research and conservation program in this part of Congo. 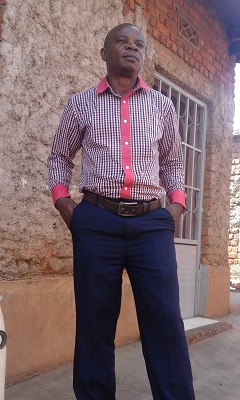 Gaetan Mazombo, an agronomist/engineer, has been hired as manager of this program. He has a great deal of experience in crop and animals raising, and has worked extensively with local community in agriculture and husbandry. In addition, he comes from the forest land of eastern Congo and shares a culture similar to that of the community in Nkuba, where our research base is located.

Gaetan’s work as community conservation and development program manager will focus on the three villages neighboring our conservation area — Biruwe, Nkuba and Mabeka — through economic development, capacity building and improved nutrition projects. This will include the following activities:

The development of model farms is aimed at producing meat and crops at a lower cost so that they can compete with bushmeat at local markets. Information about these model farms (such as design, and animal/plant species) will be disseminated among the local communities and local organizations working in the area. We expect that the success of these four farms will lead more families to abandon bushmeat hunting and to build their own farms.

Urbain Ngobobo, the Fossey Fund’s Congo Program Director, says that along with our other programs, these community programs will help us increase protection of the Grauer’s gorillas and other biodiversity in the primary tropical forest where we are working, through the reduction of bushmeat hunting in the area. Results and information will be shared with local authorities, such as the government of DR Congo, the Congolese wildlife authority (Institut Congolais pour la Conservation de la Nature, ICCN), as well as scientists and conservation groups.