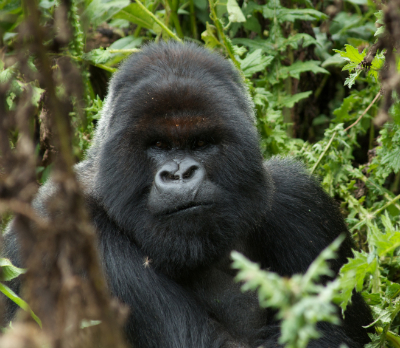 The subgrouping (or splitting of a group) that the Fossey Fund Karisoke™ field staff observed in Pablo’s group in late September seems to have returned. Again, dominant silverback Cantsbee and beta male Gicurasi are instigating the split, with 26 individuals following Gicurasi and 19 accompanying Cantsbee. The Fossey Fund’s Karisoke researcher Winnie Eckardt, PhD. joined the group for data collection today and said, based on her observations, “it is unlikely that the group nested together last night. We found some of the night nests, but were unable to locate all of them.“

When Dr. Eckardt and the trackers arrived in Cantsbee’s subgroup at 10am this morning, she remained while the trackers dispersed to look for the remaining individuals. The two subgroups were 500 meters apart, but Gicurasi led his group slowly uphill towards Cantsbee during the four-hour study period. When the team left the subgroups this afternoon, they were 100 meters apart and closing in on one another. 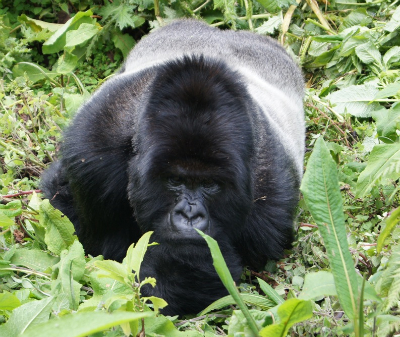 One snare was removed by the Fossey Fund’s Karisoke trackers of Ugenda’s group on a trail in the Kurudi area where the group had recently passed. Fortunately, the group traveled right past the snare without incident and the trackers have now removed and destroyed the trap.