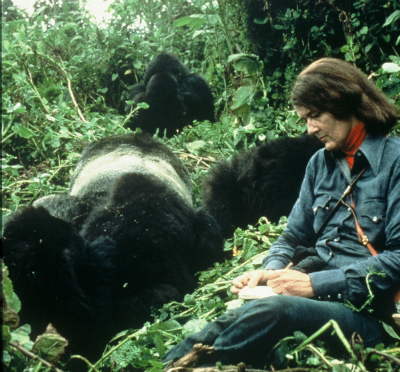 Our founder, Dr. Dian Fossey, would have reached her 82nd birthday on Jan, 16, 2014. With the anniversary of her untimely death on Dec. 26, 1985, occurring just a few weeks ago, it is heartening at the start of a new year to remember how much she was able to accomplish. The Dian Fossey Gorilla Fund today continues her work of daily gorilla protection and has expanded her mission to include studying other species that share the gorillas’ ecosystem and working with communities that neighbor gorilla habitats. But it all started decades ago when a remarkable California woman dreamed of Africa.

Fossey developed a love for animals at an early age. She joined her high school horseback riding team, worked on a ranch, and even considered becoming a veterinarian. Instead, she earned a degree in occupational therapy and worked at a hospital in Kentucky, where she lived on a farm and helped the owners with animal care. A friend’s visit to Africa inspired her to dream of visiting that continent some day – a dream she pursued with determination until the opportunity finally arose. After taking out a bank loan to supplement her savings, she set off for Africa in 1963.

During this first trip to Africa, where she visited several countries, she met with the great paleontologist Dr. Louis Leakey at his archeological site in Olduvai Gorge, Tanzania. Leakey told Fossey about Jane Goodall’s work with chimpanzees, and the importance of long-term field studies of great apes. Then, as it is for so many, her first sight of mountain gorillas turned into a life-changing experience for Fossey, sealing her determination to return to study them.

Three years later, Fossey set up camp on the Congo side of the Virungas and began to study the gorillas, until a civil war forced her to leave. Refusing to give up her dream, she started over on the Rwanda side, founding the Karisoke Research Center in 1967 and later the Digit Fund, which is now the Dian Fossey Gorilla Fund International. In the 1970s, she spent four years traveling between Africa and Cambridge University to earn her Ph.D., and toward the end of her life finished what would become a best-selling book (and then a movie), "Gorillas in the Mist." 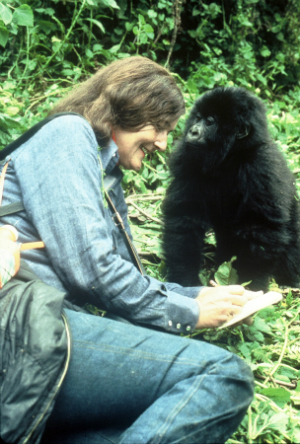 “Among all researchers who have worked in the African field, I consider myself one of the most fortunate because of the privilege of having been able to study the mountain gorilla,” wrote Fossey in the preface to her book. “I deeply hope that I have done justice to the memories and observations accumulated over my years of research on what I consider to be the greatest of the great apes.”

Today, some 30 years after Dr. Fossey wrote those words, there is no question that her work has made all the difference toward the continuing survival of the mountain gorilla. Fossey worried that mountain gorillas might not live to see the end of the last century. Thanks to the work Fossey started, which has been carried on through the intensive conservation methods used by the Fossey Fund today, they have survived and increased in number. If Fossey were still alive today, we believe that would be the best birthday present possible.