September 24, 2017, marks 50 years since pioneering scientist Dian Fossey established the Karisoke Research Center in the remote Rwandan forests to study the little-known mountain gorillas. Her legendary work revolutionized the world’s understanding of gorillas and changed the course of history for a species that many thought would be driven to extinction before the year 2000. It also took her life, as she was killed in her remote cabin in the Virunga mountains in 1985.

“If it were not for Dian Fossey, mountain gorillas would likely be extinct today. She was their greatest champion, and started what is now the Dian Fossey Gorilla Fund to pay for anti-poaching patrols at a time when the gorillas were being decimated by poachers,” says Dr. Tara Stoinski, who leads the Fossey Fund today as president and CEO/chief scientific officer. 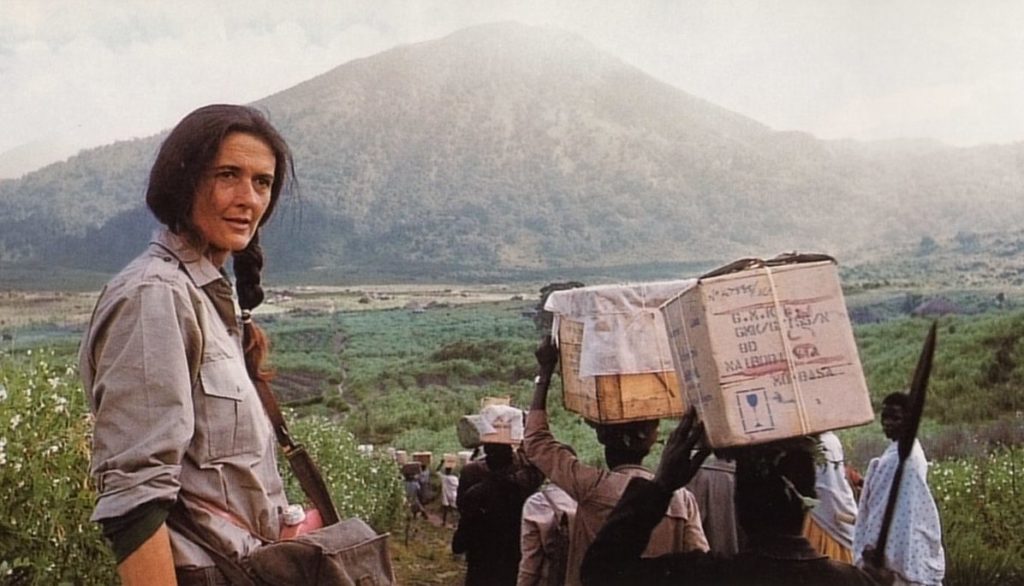 “Many more people have since dedicated their lives to the conservation of mountain gorillas but Dian Fossey laid the critical groundwork on which this success is based,” Dr. Stoinski adds.

What 50 years of saving gorillas includes:

Although the population of mountain gorillas is growing, the numbers are critically small — only 880 individuals remain, making them among the most-endangered mammals on the planet — and so the Fossey Fund’s work to protect this species from poachers and loss of their habitat due to deforestation continues. “We want to ensure gorillas continue to grow and thrive in the wild for the next 50 years and beyond,” says Dr. Stoinski.

The Fossey Fund is also now applying this successful model to help save nearby Grauer’s gorillas in Congo, ranked as one of the 25 most-endangered primates. They have received little protection and their population has been decimated by recent decades of civil unrest, hunting, poaching and loss of habitat.

*In honor of this 50th anniversary, a consortium of zoos in the United States have designated Sept. 24 as the first “World Gorilla Day,” and are raising money and awareness to support wild gorilla conservation.

*In addition, the University of Florida has opened a special exhibit of photographs by Bob Campbell, who photographed Fossey’s work for National Geographic. http://ufdc.ufl.edu/wildlife.