Mountain gorilla Poppy, who turned 42 years old in April, is the oldest gorilla monitored by the Fossey Fund and was originally studied by Dian Fossey. However, she has not been seen by our trackers since Aug. 11, following a stressful sequence of events faced by her group, which is led by young silverback Iyambere.

Much of this had to do with the ongoing intrusions of lone silverback Agahozo, which led to Iyambere being injured and the death of Poppy’s latest infant. These events also led to the group traveling long distances and hiding in deep ravines, leading to many days when our trackers could not see them. When they did see the group again on several occasions, Poppy wasn’t with them and our staff engaged in major searches to locate her, since she seemed well when last seen.

Iyambere’s group has now calmed down and was seen in early October, after two months of these stressful events and travels. But Poppy’s whereabouts are still a mystery. Luckily, the small group includes an infant and mother who are doing well, with Iyambere always near them.

A lifetime with Poppy 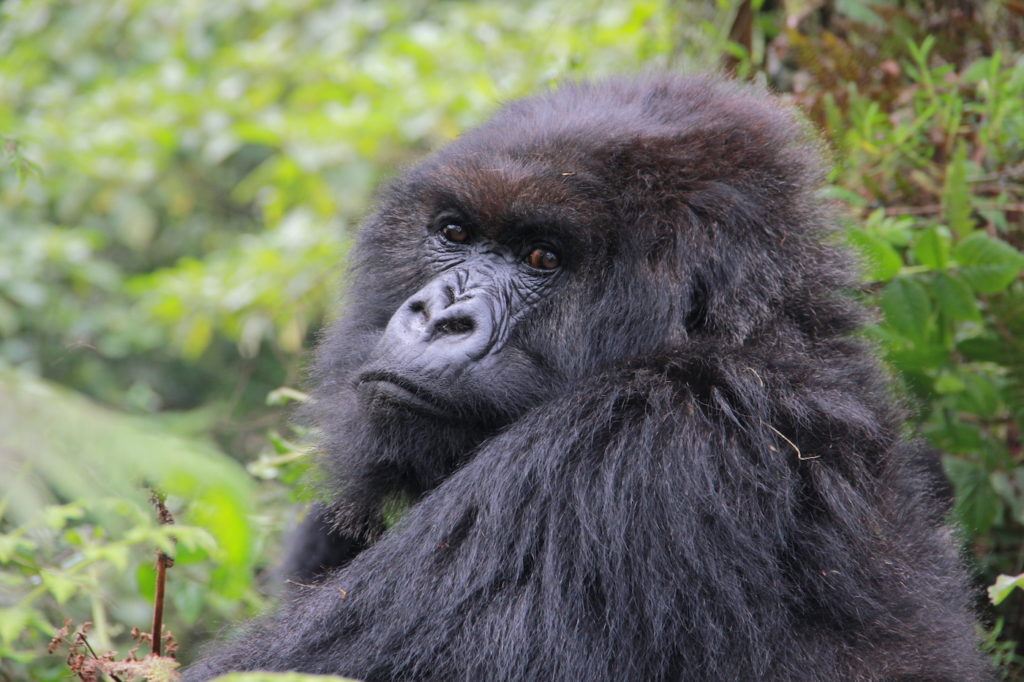 Poppy was born in 1976 into one of the original groups of gorillas studied by Dian Fossey (called Group 5) and stayed in that group until November 1985, just a few weeks before Fossey was killed. Poppy then transferred to the Susa group, which is one of the groups monitored by Rwandan park authorities. Although the Fossey Fund teams did not observe her during this time, we know from Rwanda Development Board park rangers that Poppy quickly rose in status among the females and gave birth to several infants.

In 2015, Poppy transferred back into the Karisoke population at the age of 39. Her decision to transfer groups at such an advanced age (gorilla females generally live into their late 30s or early 40s) surprised our field staff, who were delighted to see her and began daily monitoring of her, within the small group led by Iyambere.

Poppy has been monitored since her birth, and we have gained important knowledge from her, on such aspects of gorilla life as reproduction, female transfers, dominance, and special behaviors and personalities. She descends from another historic female, named Effie, the matriarch of a family whose members are spread out in many gorilla groups in the Virungas. Her sister Mahane, who at almost 34 years old was also born during Fossey’s lifetime, is still alive and she and her infant will even be one of the gorillas available for symbolic adoption this year.

“Poppy’s longevity and our many years of observing her have taught us many things and provided many surprises as well,” says Dr. Tara Stoinski, Fossey Fund President and CEO/Chief Scientific Officer. “In following her, we are reminded that even though we’ve been studying mountain gorillas for more than 50 years, there is always so much more to learn.”

Fossey Fund staff is not yet ready to give up on finding Poppy again, although her elder age means we are also prepared for sadder news.