The return of historic and elderly mountain gorilla silverback Cantsbee on Jan. 4 has given Fossey Fund trackers and researchers a lot to be happy about, and much to observe and to learn. A situation like this, where a dominant and elderly silverback has “disappeared” and re-appeared is quite unique and offers the opportunity for everyone to understand more about gorilla behavior.

On his second day back, Cantsbee was observed actively helping his group fend off an outside intruding group, leading females and youngsters in the group away from danger, moving well and looking strong. This interaction continued into the next day, but no injuries seemed to occur.

During the next few days, his group traveled some distance, presumably to get further away from the intruder group, and spent much of the weekend resting calmly. Cantsbee was observed being groomed by two of the females, just as they used to do. On the following day the group again interacted with another group, but the event ended without any consequences. Cantsbee and another silverback helped protect the females.

“This has been a fantastic surprise for the new year,” says Felix Ndagijimana, director of the Fossey Fund’s Karisoke Research Center and Rwanda program. “We are so relieved to see Cantsbee alive and in a better shape than before. His return has left us with more questions than answers: Why did he leave? Where was he during all this time?”

Indeed, all of the researchers and trackers were surprised and overjoyed. “It is really unbelievable!” says Samedi Mucyo, gorilla monitoring and protection officer. “I was totally shocked and thought I was dreaming, and I kept asking myself if it is real! It took me time to understand that Cantsbee is still alive — it is like he is resurrected. From his birth he is always a surprise and he is like his name that Dian Fossey gave him. (Fossey thought his mother was a male until “he” gave birth, exclaiming “It can’t be.” The name then evolved into “Cantsbee.”)

Data technician Jean Bosco Ntirenganya, who worked in Pablo’s group for 10 years and who was there on the day of Cantsbee’s return says: “It is making us extremely happy to see Cantsbee back in his family. We are pleased that the other gorillas in the group received him enthusiastically without any aggression.”

Tracker Jean Damascene Hategekimana (“Fundi”) who has been with the Fossey Fund for 25 years, says: “As long as I have been working for Karisoke, it is my first time to see a dominant silverback leaving the group for a very long time and coming back. We are so happy!”

“We are very excited to continue the monitoring of the group and see if and how Cantsbee’s return will affect the group dynamics,” adds Ndagijimana.” I am very grateful to all the Fossey Fund field staff and the great support from the Rwandan Development Board, who searched tirelessly for Cantsbee after his disappearance.” 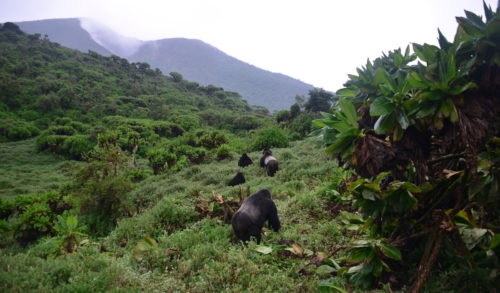 Legendary mountain gorilla silverback Cantsbee disappeared from his group in late February after showing signs of weakness. Despite massive searches... 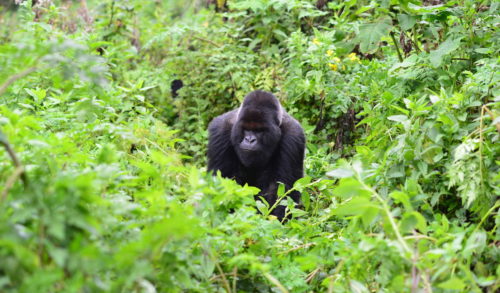 It appears that the fate of the elderly mountain gorilla Cantsbee may now have been solved. The legendary silverback disappeared... 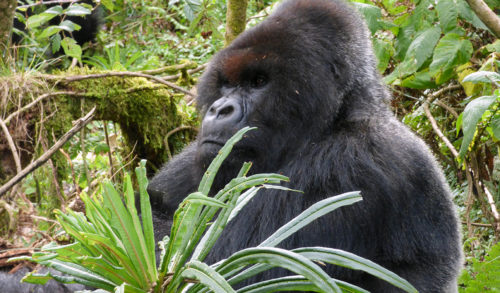 Dian Fossey Gorilla Fund trackers report that elderly and historic mountain gorilla silverback Cantsbee, who disappeared from his group on...