Fossey Fund trackers are still carefully following the members of Gushimira's group, since their leader was killed in an interaction with formerly lone silverback Giraneza. Giraneza has since taken over at least part of the group. Initially, three of Gushimira's females were found with him and today our trackers found that a fourth female (Kurinda) had joined him. So now his group includes Pasika, Iterambere, Inziza, and Kurinda. 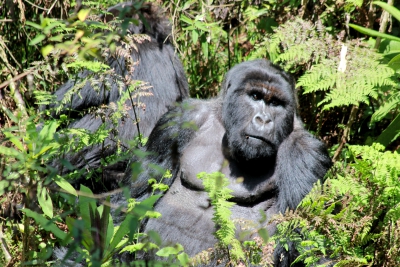 However, another female, Kanama, and her infant Kwigira, were still not found, nor was juvenile Sabato, although yesterday Sabato had been seen with Kurinda, before Kurinda joined up with Giraneza. Our biggest concern is for Kanama and her infant, who is probably avoiding the new group in order to protect the infant.