Fossey Fund trackers were delighted to see that the remaining members of Ugenda's gorilla group had merged with another group this weekend, led by silverback Mafunzo. Ugenda's members had suffered from the loss of two silverbacks (Ugenda and Wageni) and had been recently led by female Ukuri. 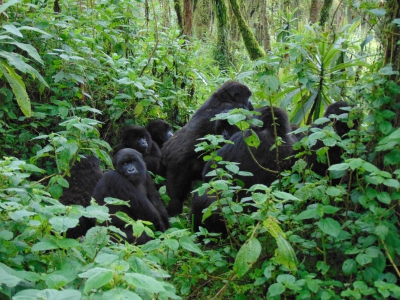 This is also good news for our tracker teams because it lets them get back to a more normal routine in the forest, rather than monitoring partial groups.