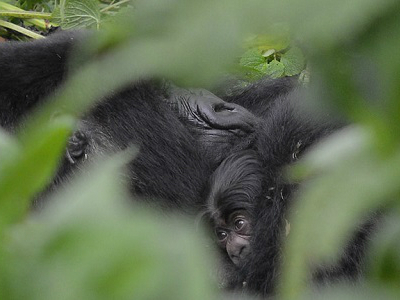 For the 11th year, Rwanda’s gorilla-naming ceremony, called “Kwita Izina,” is ready to be celebrated, organized by the Rwanda Development Board (RDB). The centerpiece of the event, which is based on an historic cultural tradition, is the naming of infant mountain gorillas born in the past year, and this year 24 infants are scheduled to be named. Some of them are from the gorilla groups that are monitored every day by the Dian Fossey Gorilla Fund, from our Karisoke Research Center.

The ceremony will take place in Kinigi, Musanze district, and is designed to acknowledge the impact of local communities on sustained conservation, says RDB’s Chief Tourism Officer Ambassador Yamina Karitanyi. This year’s theme is “Conserving now and for the future.”

A list of proposed names is developed for the infant gorillas and various dignitaries and celebrities choose the final names. For example, the proposed names for the infant of Gutangara, in Pablo’s gorilla group, are: “Insinzi,” which means “victory” and was chosen because Gutangara is a successful mother of many surviving offspring; “Tunganirwa,” which means “be fortunate”; and “Gasizi,” which is the name of the area in which Pablo’s group has recently expanded its ranging.

In addition to the naming ceremony, a variety of cultural and conservation events are being held during the preceding weeks, including a celebration of cows, a conservation forum and exhibition, a business expo, and a big community party the night before.

This year’s Kwita Izina also takes place as Rwanda and its conservation partners prepare to begin a general census of the mountain gorilla population in the Virungas. The last census, which took place in 2010, showed a 26.3 percent increase in the mountain gorilla population since the previous census. The Dian Fossey Gorilla Fund will play a significant role in this year’s census, as it has in the past, and we look forward to seeing its results.