Grauer’s gorillas, a type of eastern gorilla that lives only in the Democratic Republic of Congo, are once again among the world's most-endangered primates, as determined by a group of international conservationists, led by scientists at the International Union for the Conservation of Nature (IUCN). Although there is limited data available, their numbers are estimated to be between 2,000 and 10,000 individuals. 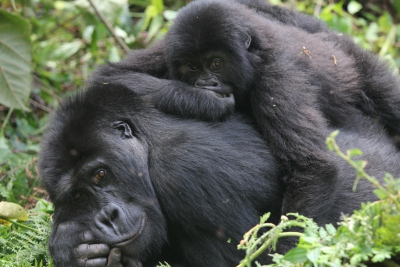 Grauer's gorillas, which were formerly called "eastern lowland gorillas," live at a variety of altitudes, not only in lowland areas, though not as high up as the mountain gorillas. Due to years of political instability, agricultural expansion, mining, poor economic conditions and other factors, conservation in the area has become critical. In 2012 the Fossey Fund established a Grauer’s Gorilla Research and Conservation Program in Congo that enables us not only to assess the numbers and stability of the current population in the region, but also to study and protect them, which we are now doing on a daily basis.

The list of the world’s top 25 most-endangered primates for 2014-2016 now also includes another great ape – the Sumatran orangutan – which is facing severe decline due to extensive deforestation. In fact, more than half of the world’s primates, including apes, monkeys and lemurs are facing extinction, says the latest “Primates in Peril” report.