Gushimira's group travels back from Congo

The small group of mountain gorillas led by silverback Gushimira was formed in 2013 but has moved in and out of our monitoring range throughout much of its history. This happens when they cross the border of the Democratic Republic of Congo, where our Rwandan trackers cannot follow. The group stayed in Congo for much of 2014 but was spotted by our trackers back in Rwanda in January, with only three members (Gushimira, female Kanama and her infant). 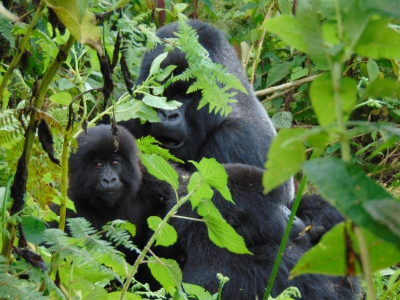