I am Jean Paul Hirwa, a research assistant at the Karisoke Research Center, where I observe mountain gorillas on a daily basis. I would like to share a very interesting development that illustrates the great variety of male gorilla behavior. 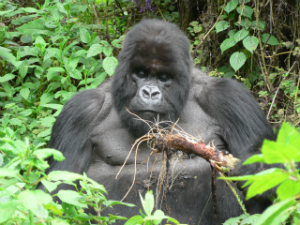 Kuryama, now close to 25 years old, grew up in Beetsme's group. In 2007 he formed his own group after he split from his father Titus with other gorillas. Since then he has been a dominant silverback, and until now has led a group of 15 gorillas – but lately he has met with setbacks.

Kuryama started being challenged seriously in October 2010 by his group's two other silverbacks, Kirahure and Vuba. At that time, they were mainly fighting to copulate with females. We observed several fights among those three silverbacks and all of them had wounds all over their bodies.

Since then, even though the serious fights have stopped and Kuryama is well on the way to recovery from his wounds, he hasn't been able to calm those two other silverbacks and lead the group as other dominant silverbacks do. This is because Kirahure, the group's second-ranked silverback, kept challenging him to the point where he could copulate with various females when Kuryama was around and Kuryama couldn’t stop him. He could also displace and pass Kuryama, which is one of the main signs of challenge among mountain gorillas.

On May 29, Kuryama wasn't found all day and it was noticed that he hadn't spent the night with his group. The following day he was found 1.8 kilometers away. Since that day, Kuryama has remained outside of the group. After such a long time at such a long distance we expected Kuryama to look for his group, but he doesn't show any particular behavior that one would expect from a dominant silverback that is apart from a large group that he used to lead. 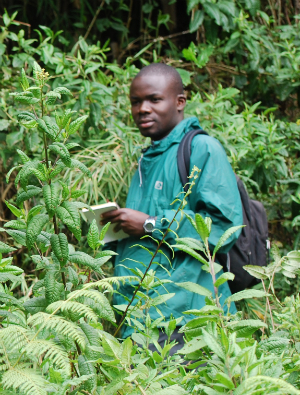 On the other side, Kirahure has taken over leadership of the group, and the other gorillas, even Vuba, don't show any signs of missing their former leader. They all follow Kirahure as the new dominant silverback.

Now, everyone is waiting to know what Kuryama's final decision will be. Will he decide to come back in his group and fight to be dominant again, or will he just be subordinate to Kirahure and follow his authority? How will Kirahure and other members of the group react? Hopefully, he will not prefer to stay alone and lose the relationships which he had while in the group — but why not? It would be unfortunate for him to lose his family, because he will need to attract females again to form a new group, which would not be easy; it requires a high level of determination and endurance. We will continue to follow Kuryama and his group with great interest.