Losing track of habituated gorillas means the individuals are much more vulnerable to threats like poachers or outbreaks of disease. This is why Fossey Fund trackers monitor the gorillas in our groups 365 days a year, without fail. 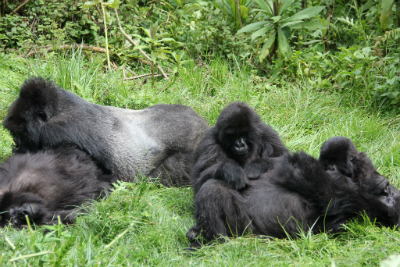 Despite the daily efforts, though, we occasionally are unable to find groups or individuals that we have followed regularly. This is the case currently with Kuryama’s group, which has not been located since April 30, and with Gushimira’s group, which has been seen only briefly since mid-June.

While going this long without being monitored is worrisome for any group, particularly concerning is the disappearance of Kuryama’s group, because it is one of the Fossey Fund’s longest-monitored groups. Before the last sighting of this group, they had just interacted with Gushimira’s group. The day after this interaction, Kuryama’s group crossed the Congolese border of the park and disappeared into the other side (where our Rwandan trackers cannot go). Since that day our trackers have patrolled the area along the border hoping to find some fresh traces, but the search has been unsuccessful.

We suspect the group has shifted their home range to avoid other groups and future possible losses of members to other groups. Just a couple of months earlier, female Ukuri had transferred to Gushimira’s group, and following that, the group’s trail was lost for several weeks. Fearing another interaction with Gushimira’s group may be the reason Kuryama’s group decided to move away.

Non-monitored areas can be very dangerous for the gorillas, as the presence of snares where immature gorillas can get caught goes undiscovered. In addition to increased vulnerability of the lost group, Fossey Fund staff is also concerned about large gaps in the long-term data collection and life-history information for the group members. All members of Kuryama’s group have been followed since birth. The oldest gorilla in the group is silverback Kirahure, born in 1991, but the group’s history goes even further back to the former dominant, Kuryama, who was born in 1986, the first son of legendary silverback Titus. 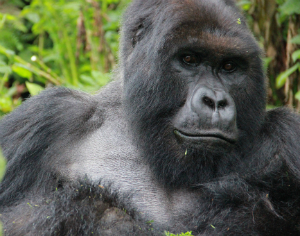 Kuryama’s group was formed by a split from Beetsme’s group, which occurred in 2007 when young silverback Kuryama challenged his father Titus for dominance. Kuryama was the leader of his group until his early death in 2011. Since then, silverback Kirahure has taken leadership and has been supported by second silverback Vuba and blackbacks Igihozo and Tetero. At the time of the disappearance, Kuryama’s group was composed of 12 gorillas (one infant, two juveniles, three subadults, two blackbacks, two adult females and two silverbacks).

Gushimira group seen only once

The other dispersed group, Gushimira’s, is much smaller. This group was just formed in 2013, and has grown to include five gorillas: one infant, three females, and one silverback. Two of the females transferred in 2014. Trackers lost sight of the group in mid-June, though they saw them briefly in late July while they were interacting with another silverback.

The dynamic of this group has been very interesting to observe. Young silverback Gushimira (17 years old) seems to use the strategy of interacting with existing groups, taking females, and “disappearing” for several weeks. The latest acquired female is Bishushwe, who transferred from Ntambara’s group after an interaction in June, and true to this pattern, a few days later the group disappeared over the Congo border.

Even now, though, every day a dedicated team of trackers continues to search for these dispersed groups, hoping that when they do find them, they will all be safe.