The Fossey Fund has studied gorilla individuals and groups up close for so long that we know a lot about gorillas personalities! They have a wide range of behaviors, just like us. 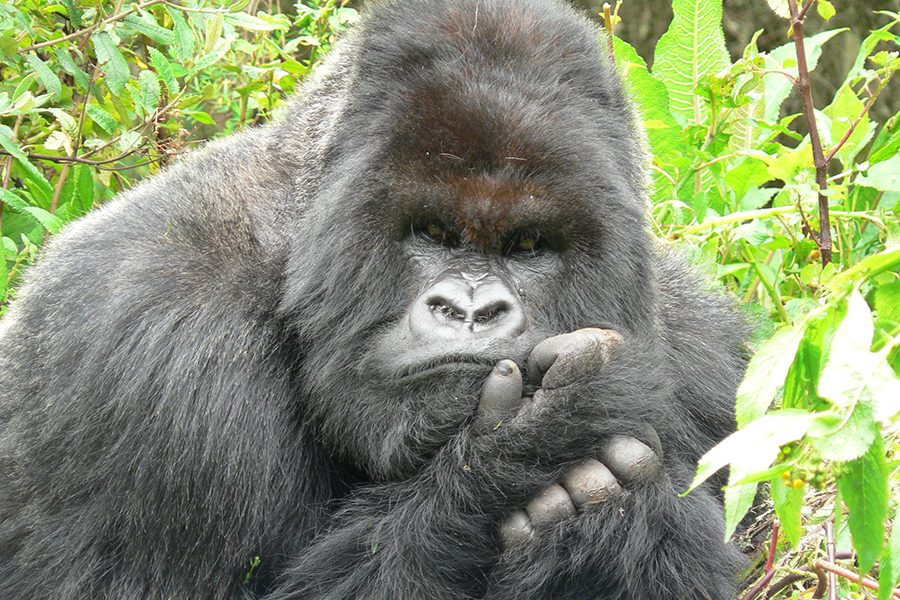 You got Cantsbee, the unshakable and dedicated silverback of the troop. A strong and wise leader, you have a firm grasp on your troop and those in it. Others may have questioned your leadership at times, but you’ve always known what’s best. Sometimes you may seem uncaring, but ultimately you have deep love for your family.

Cantsbee is one of the last gorillas personally studied by Dian Fossey, and has been observed from infancy. His name was given to him when Fossey observed his mother, previously thought to be male, give birth, at which she exclaimed, “It can’t be!” Cantsbee has been the silverback of Pablo’s Group for two decades, which is the longest reign in the history of the Fossey Fund’s research. He’s been seen to be a highly intelligent leader, having warned at infant gorillas and even researchers who get too close to snares and thus saving them from pain and injury.