After two years with episodes of illness and a few recent weeks showing visible deterioration, dominant silverback Isabukuru died on March 25. Fossey Fund staff were especially concerned for his group, because Isabukuru was helping to care for three young gorillas whose mothers had transferred out of the group. Luckily, none of these youngsters showed any sign of illness.

In addition, second-ranking silverback Kubaha smoothly took over leadership of the group, and is now helping to take care of the three young gorillas. Our trackers and researchers are following Kubaha and the group closely, and so far the transition has gone well.

Isabukuru’s body was recovered within 24 hours of his death, giving veterinarians with Gorilla Doctors the opportunity to study his body and examine him closely, collect samples, and begin research on the causes of his illness and death. Severe and chronic inflammation of the gastrointestinal tract were seen, but samples have been sent to outside laboratories for further analysis and identification of underlying causes. 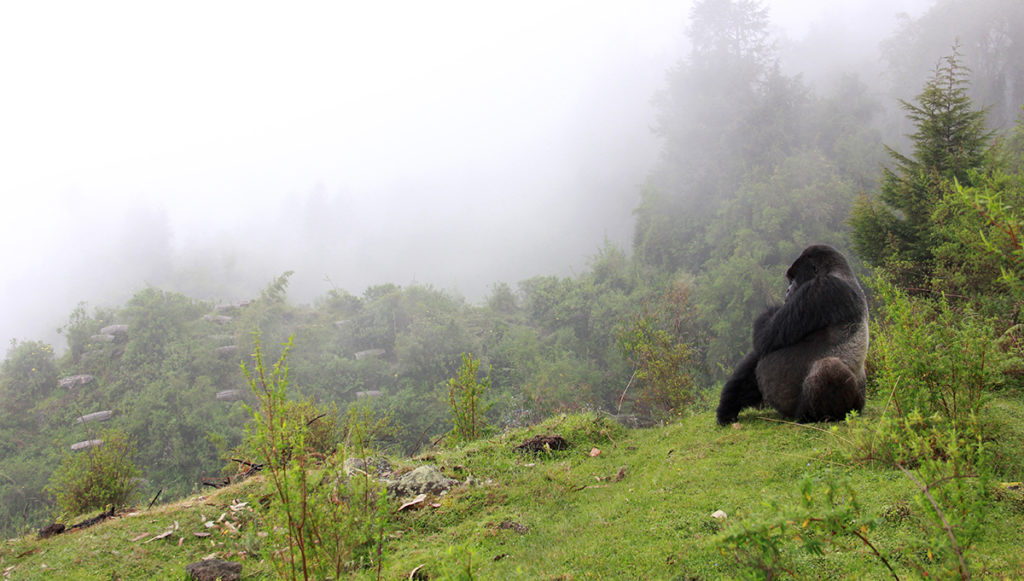 Helping young gorillas was just one special aspect of Isabukuru’s personality and history. He was a brother of legendary silverback Cantsbee, who was the longest-reigning, most-successful of the silverbacks studied by the Fossey Fund over its 50-year history. Other interesting characteristics included being exceptionally large and holding great popularity among females, even as a younger blackback. He broke away from the group led by Cantsbee in 2007, started his own group at just age 14, taking several females and Kubaha with him, and successfully expanded and led his group until his death last month.

“Isabukuru was one of those gorillas whose personality stood out above others,” says Veronica Vecellio, the Fossey Fund’s gorilla program manager in Rwanda. “He was strong and brutal against other males during interactions, yet gentle with members of his own group, especially the very young ones who always gathered around him for cuddles and play sessions. This was a unique virtue among the silverbacks we’ve observed. Seeing him lose his majestic powers was heartbreaking for all of us.”

“Isabukuru was a special gorilla in many ways,” says Felix Ndagijimana, director of the Fossey Fund’s Rwanda programs and Karisoke Research Center. “I personally got to know him as an inquisitive young silverback in Pablo’s group and later as a leader when he challenged his brother and left to form a new group. For all of us at Karisoke, who have had the privilege of knowing Isabukuru, it was difficult to see the drastic transformation of his body due to this illness.”

Fact 1: Individual donors like you make up the largest source of donations for the Fossey Fund. These donations support...