Several Fossey Fund scientists and associates have collaborated with scientists working at other gorilla sites to tackle an interesting question: Do gorillas show evidence of cultural traits? Their results were published this week in the journal Plos One, and revealed some interesting insights.

The question of whether any species other than humans exhibit culture is one that has generated a lot of debate, and, as a consequence, many attempts to investigate the possibility. Culture in humans can be seen clearly in a myriad of behaviors, such as how we greet each other (shake hands, bow, kiss cheeks), but there is nothing genetic or environmental that creates these norms. Instead, they are learned behaviors that are picked up through social learning.

Evidence of cultural behaviors has already been documented in some animals, including chimpanzees and orangutans. For example, among chimps, the behavior of leaf clipping (taking bites of leaves in such a way as to make popping sounds) is an invitation to play among the animals in one location. But in another, separate area, this same behavior is an invitation to copulate!

To investigate potential cultural traits in animals, scientists look at the same species living in different locations, to see whether there is geographic variation in certain behaviors that might be due to culture, or social learning, rather than to ecological or genetic differences. Since gorillas live in a wide variety of habitats across Africa, scientists on this study decided to expand the look at culture in apes to gorillas, taking an initial step by selecting and comparing certain behaviors — seen as potential cultural traits — across five sites where gorillas are observed, including those monitored by the Fossey Fund, in Rwanda’s Volcanoes National Park.

The scientists first generated a list of potential cultural traits among the gorillas in these five sites, and then had experts at each site record if the behaviors had been observed. After analyzing the enormous amount of such data collected, they determined that there are indeed wide differences in these gorillas’ behaviors that are correlated to their geographic distance, and that may indicate the presence of “culture” among the gorillas. Twenty-three such behaviors met the criteria of potential cultural traits, including cupping of hands to fill with water for drinking, using teeth to help in climbing trees, and tapping on the head with a hand. But further research will be needed to investigate.

Among the authors on this paper are Fossey Fund President and CEO/Chief Scientist Dr. Tara Stoinski, Fossey Fund Gorilla Program Manager Veronica Vecellio, and a number of other scientists who have been associated with the Fossey Fund’s Karisoke Research Center for many years, including former Karisoke Director Dr. Katie Fawcett. The effort was truly a collaborative one among gorilla field sites in Uganda, Rwanda, Gabon, the Central African Republic and the Republic of Congo, including wildlife authorities and other agencies, local communities, nonprofit organizations and academic institutions. 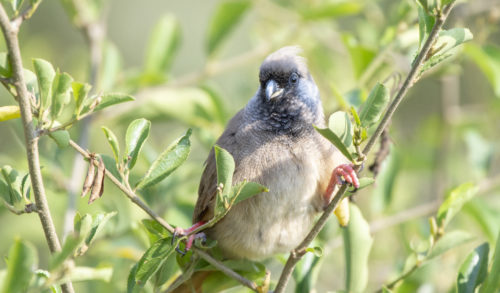 Mountain gorillas live high in the Virunga mountain range in east Africa. Their groups often travel to the highest elevations...