Since 2003, DFGFI has been conducting a study of male gorilla behavior, physiology and life history decisions. Some of the questions we are interested in asking concern when males decide to leave groups, how hormonal values in males vary as a function of age and dominance status, and what different strategies males may use to gain reproductive opportunities.

In the last four years, we have seen a number of changes in the Karisoke groups that provide us with opportunities to answer some of these questions. Specifically, during this time, 11 males have left their groups. To give an idea of how unusual this is, in the 10 previous years, only TWO males had dispersed from those same groups! 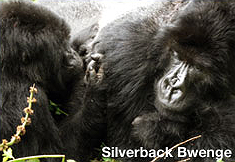 Most of the males who left have struck out on their own. However, three were successful at taking (and keeping, which seems to be the harder part) other group members with them. Currently, Bwenge (formerly of Beetsme’s group) is living with seven females and Isabukuru (formerly of Pablo’s group) is living with four females. Beetsme’s group split and Kuryama is now living with 11 individuals, including two silverback males that came with him from Beetsme’s group. Titus, the dominant male of Beetsme’s group for about 18 years, is currently leading the rest of the group members (9 individuals). Of the seven males that became solitary, we know of only one that has been successful at recruiting a female: Inshuti, who left Shinda’s group in 2003, was finally joined by two females. 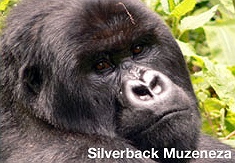 With such a large number of dispersals, we hope to be able to gain insights into what triggers males to leave the group and why some males are more successful at recruiting group members to join them than others. It will also allow us to look at how the number of males in the group may affect male behavior—for example, Pablo’s group has gone from having six males over 14 years of age (full silverbacks) to only two. Will the relationship between those two individuals be different now that they do not have other sources of male support in the group?

These changes also raise a new host of questions about male gorilla behavior. For example, how do males behave in single-male versus multi-male groups? Do they use different mating strategies? Are their testosterone and stress hormone levels different?

These are all questions we are beginning to study, as we continue to watch the many changes among the gorilla groups. Of course, it also means that our staff at Karisoke are now tracking many more groups (and lone silverbacks) than the three main groups we had tracked for so many years!