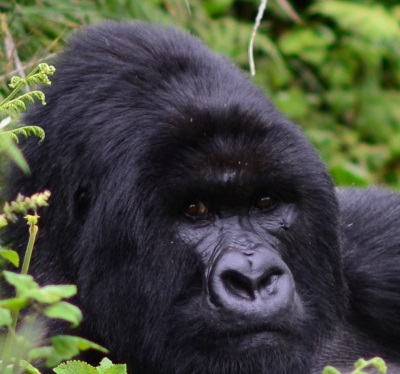 Last week, one of the mountain gorilla groups the Fossey Fund monitors (called Ntambara’s group) had an intense interaction with a lone silverback. This led to a complex series of events, which is still continuing and is being monitored closely by our staff.

Ntambara’s group had already faced major challenges earlier this year, after losing both prior dominant silverbacks. Original leader Ntambara, who was 29 years old, disappeared from the group in February and is presumed to have died, although his body was never found, even after intense searching. At the time of his disappearance, 24-year-old Ugutsinda was actually the dominant male. However, he suffered from an undiagnosed illness for some months, before passing away on Oct. 15. This left younger silverback Twibuke, who is 17 years old, in charge.

Our trackers first observed the situation when they arrived in the group on Thursday morning, Nov. 12. The group was interacting with the lone silverback, and as a result the gorillas became scattered and were eventually found in four different subgroups. Twibuke was with one female and a blackback. Another subgroup of five, being led by female Nahimana, was nearby. Unfortunately, a female, three infants and a subadult were not located. The next day we sent three teams to the area to look for all the gorillas; they also were able to identify the lone silverback, who remained in the area for several days. He is named “Mizero,” and comes from Amahoro group, which is one of the groups monitored by the Rwandan national park service and well known by tourists on gorilla treks. 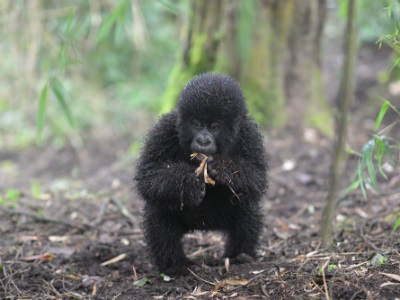 On Saturday, our trackers found the majority of the gorillas in two subgroups—one led by Twibuke and one led by female Kubaka, who had merged with the group being led by Nahimana. Unfortunately, two of the infants were still missing, as was one of the blackbacks.

On Monday, the situation had changed again; Twibuke was not with the group and instead both subgroups were being led by females. Very sadly, when our trackers returned to the field on Tuesday, they found that both of the missing infants had died, and the remaining gorillas were now divided into four subgroups. Amazingly, one of these groups consists of two females being led by a different lone silverback whom are now trying to identify. Twibuke has only one of his original group members with him. The remaining two groups include a female-led group of six, which includes an infant, and a female traveling on her own.

Fossey Fund staff are following all of these gorillas, hoping that that things will settle down and that group membership will be resolved and eventually become stable again. Our biggest concerns are for the females without silverbacks and for the remaining infant. Twibuke’s leadership so far does not seem to have been able to hold the group together under these challenging circumstances, and highlights the critical role that dominant males play in group safety and cohesion.

This kind of situation highlights the dedication of our field staff and their ability to adapt to rapidly changing conditions among the gorillas we monitor. Our trackers’ expertise enabled them to split into three teams and follow the very difficult trails of the various subgroups to ensure we could continue to protect the gorillas as the situation unfolded. Our highly trained research assistants were able to record and report all the activities so we can continue to build our database of knowledge about gorilla behavior. In the upcoming days, we will be sending our most-experienced trackers to locate and protect all the different subgroups and individuals, wherever they may be. Everyone is saddened to see the losses of the young gorillas and hoping that perhaps there will be a reunion with Twibuke and at least some members of his group.

Stay tuned to our blog for updates on this continuing situation.