An article published in the journal Science on April 10 reveals for the first time the complete genome sequence of the mountain gorilla and Grauer’s gorilla subspecies (which make up the eastern gorilla species). While this is a very important scientific step, it will take some years for all the information to be extracted and analyzed, says Fossey Fund scientist Damien Caillaud, DVM, Ph.D. 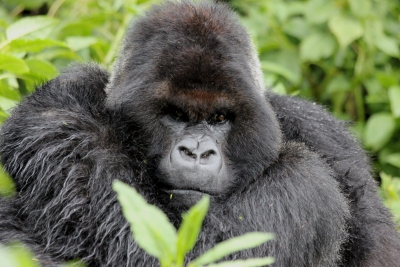 The good news is that we know that the mountain gorilla population has been increasing, due to decades of intense protection by the Fossey Fund, Rwanda park authorities and other partners. However, the growth rate and overall numbers are small and extreme care must continue if they are to survive in the long term.

Caillaud was interviewed in an article for Nature on this subject. Click here to read.