Muntu’s Infant Did Not Survive; Titus’s Group Outside Park 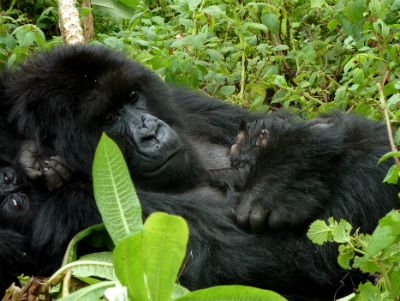 Sadly, gorilla Muntu’s infant, one of this year’s newborns (born March 27), was found dead this morning by Fossey Fund trackers, though still being carried by mother Muntu.

Since the birth we have suspected that the mother’s milk supply was insufficient.The infant seemed to be fine for a while, but was much smaller than normal.

The condition of the body suggests that the time of death was two days ago. The group had not been seen all weekend due to heavy rain and rivers swollen with water.

Tomorrow we will try to recover the infant’s body and send it to the Gorilla Doctors for necropsy.

Muntu had transferred to Isabukuru’s group in 2007 from Susa’s group (one of those habituated for tourism). At the time of her transfer she had an 8-month-old infant, who unfortunately died by infanticide shortly after the move. Muntu gave birth to two other infants in Isabukuru’s group before the one born this year, but those infants also died. They both appeared healthy up until their premature deaths, and their bodies could not be recovered in time to determine cause of death. 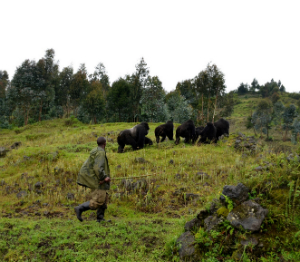 Other news from the field:

Titus’s gorilla group spent the night out of the park. Trackers reached the group in the morning when it was already 600 meters from the park border. They also saw the group’s night nests there, 600 meters beyond the border. Trackers herded the gorillas back inside the park. Starting today, as we did last year, we are assembling an evening team and eventually a night team to monitor Titus’s group if it goes outside the park again.