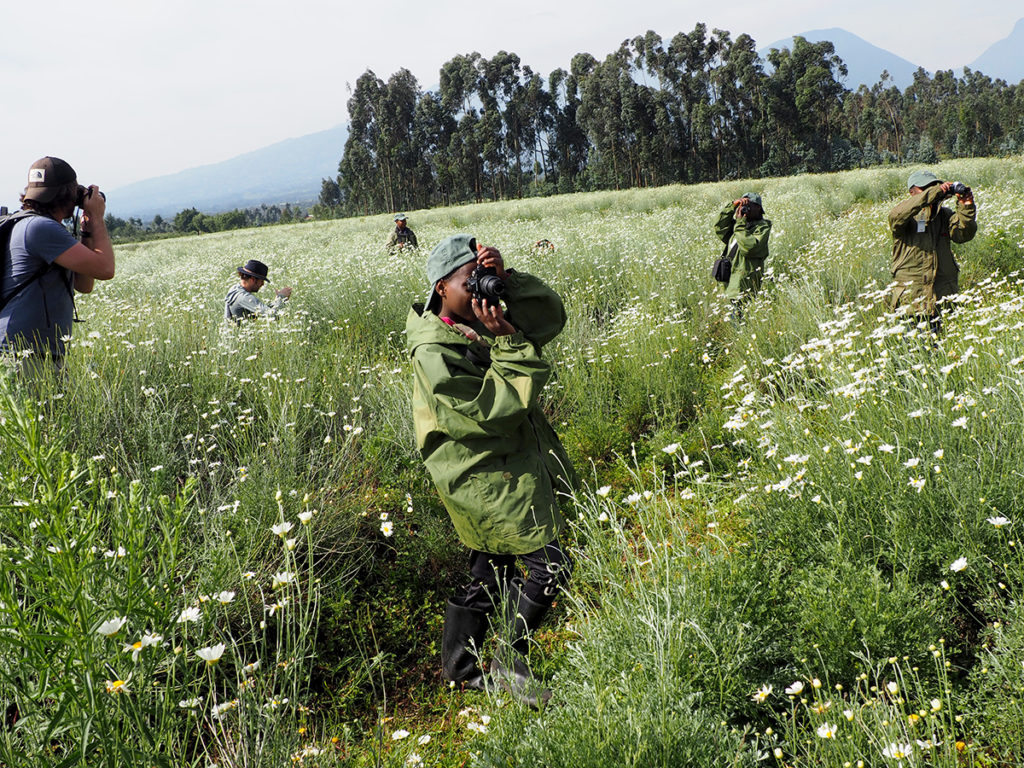 A group of students in Bisate village, located in Rwanda near the mountains that are home to the mountain gorillas, have just spent a week in National Geographic’s Photo Camp. The goal of the four-day workshop was to use photography and visual storytelling to help the students document the wildlife, culture and people of Rwanda.

Fifteen children aged 14-17 from Bisate secondary school participated in the workshop. During the week, they learned how to use equipment, including cameras and photo editing software, and practiced taking photos in the village and in the park, where they visited golden monkeys. They also worked on creating photo presentations, which culminated in a final multimedia presentation to the community in Bisate village.

National Geographic staff included a photographer, photo editor, and two directors, with Karisoke staff helping as teaching assistants. Bisate village was chosen for this workshop since it is where many of the Fossey Fund’s community programs are based. In fact, the courses took place at the Bisate school’s “Community Learning Center,” which was built with assistance from the Fossey Fund.

“The goal of National Geographic Photo Camp is to inspire a new generation of storytellers as well as the members of the community who view their work,” said Kaitlin Yarnall, National Geographic Society’s Deputy Director of the Centers of Excellence. “We hope Photo Camp Rwanda will provide these students with a creative outlet to share their unique perspectives and an opportunity to engage with National Geographic in new ways.”