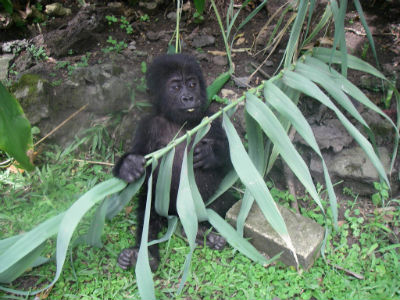 The latest gorilla infant confiscated from poachers has thrived during his first week at a temporary care facility in Goma. Kyasa, a male Grauer’s gorilla approximately 6 months old, was rescued in the Walikale area of the Democratic Republic of Congo in late December. According to Sandy Jones, the Fossey Fund’s Confiscated Gorilla Program manager, “Kyasa is doing extremely well,” despite the ordeal of capture. “He is bright, alert and responsive, with a good appetite.”

Dr. Eddy Kambale of the Mountain Gorilla Veterinary Project, reported that on arrival in Goma Kyasa seemed strong, though stressed and moderately dehydrated, with a wound on his hip, probably caused by a rope with which he was restrained by his captors. Infant gorillas confiscated from poachers have undergone a severely traumatic experience and usually suffer from a number of medical problems due to maltreatment and poor diet while in captivity. They must be kept in a quiet and secure location, away from noise and contact with humans other than trained caregivers. 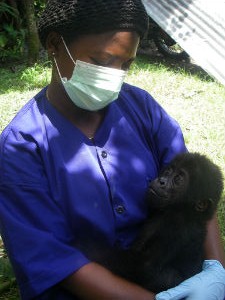 The Fossey Fund hired special caregivers for Kyasa who stay with him 24 hours each day, even sleeping next to him while he sleeps, just as his mother would. One of them, Kavira Kakule, had spent the past seven months caring for four other young rescued gorillas at the new Gorilla Rehabilitation and Conservation Education (GRACE) center, founded by the Fossey Fund in a rural area of Congo, before coming to help Kyasa in Goma.

Jones observed that unlike two other young gorillas rescued during the past two years who were very stressed and difficult to care for at first, “Kyasa’s very young age is actually on our side. Too young to truly comprehend all the nasty events that have taken hold of his short life, he is responding well to our alien care.” His wound is healing and he is being treated for intestinal parasites, but even more important, he was willing to take some milk from the beginning and is now eating well. The caregivers have slowly increased his milk formula to full strength, and he is happily eating bananas and Aframomum, a forest plant that is a favorite with wild Grauer’s gorillas.

On Jan. 3, Kyasa showed the first real signs of bonding with his caregivers, says Jones. “First he gripped the caregivers’ clothes tightly while being carried outside, then he confidently explored his surroundings, staying within two meters of the caregivers and often touching them or sitting on their knees. While one caregiver imitated gorillas and crawled slowly on all fours, Kyasa followed closely behind. Lastly, while being gently tickled on the stomach he let out a small chuckle.” The next day he vocalized happy food grunts when fed a banana and was often heard giving friendly gorilla grunts as he came into contact with his caregivers.

The negotiations for obtaining and then confiscating this gorilla were extensive and required the expertise of several Fossey Fund staff, as well as Mwami Alexis Kalinda, executive secretary of a group of community-based nature reserves in Congo (called UGADEC). First, a local Congolese man who volunteers for UGADEC reported that an infant gorilla had been captured by poachers in one of the UGADEC forest reserves and brought to a mining village in the Walikale territory. After detailed preparations, the Fossey Fund's Dieudonne Changwi flew to Walikale to fetch the gorilla but met with many obstacles before obtaining a flight out to Goma with the infant gorilla on the night of Dec. 29. "Kyasa" is the name of a river that flows between three UGADEC reserves. 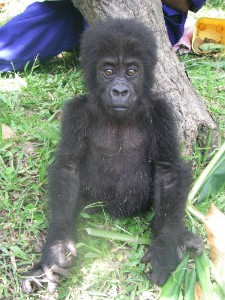 After a one-month quarantine period and further medical and psychological care as needed, it is hoped that Kyasa will be ready for transfer to GRACE. There, he will join other confiscated gorillas that are learning to live in the forest as a group in preparation for eventual release to the wild. GRACE was initiated by the Fossey Fund, at the urging of the Congolese national park service (ICCN) with funding from the U.S. Fish and Wildlife Service, and design and construction assistance from Disney's Animal Programs. The Fossey Fund and the Walt Disney Company are the first of several partners that will continue long-term funding and operation of the center. 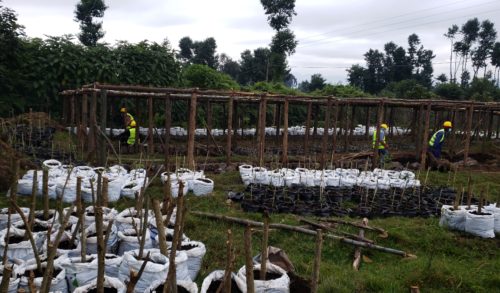 This week, the news from The Ellen DeGeneres Campus of the Dian Fossey Gorilla Fund is all about plants.  Sourcing...

This year 24 baby gorillas will get their new names at Kwita Izina on September 24, and 10 of those...