The oldest female in Pablo's group gave birth last week. Pablo's is a large, historic group of mountain gorillas followed every day by the Fossey Fund throughout its history. Mother Mukecuru was spotted by our trackers holding her newborn on the morning of July 8 and the infant was still wet. Mukecuru is about 35 years old and has three living offspring, though she has also lost three others just after their births. 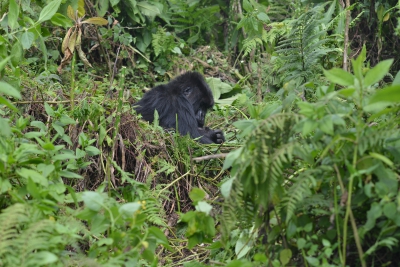 On the same day, Pablo's group interacted with Susa's group (which is monitored for tourism by the Rwanda Development Board), but only the males participated. Susa's group already contains several former members of Pablo, though none transferred this time.