Observing Titus' group: Who will be the next leader? 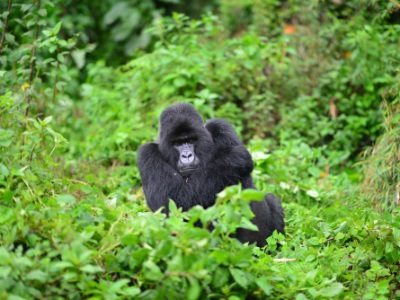 It has been a little more than a year since dominant silverback Rano died unexpectedly on July 28, 2014, at the age of 21. Rano (short for “Umushikirano”) was the leader of Titus’ group, named after former dominant silverback Titus, who died in 2009.

Rano’s death occurred soon after that of dominant male Urugamba, who was also quite young. We did not know at the time that this would be the start of a significant number of male deaths—an additional five males have died since Rano’s death almost a year ago. While the majority of these have been a result of fights, Rano and Urugamba were different. Both males were young and apparently strong, right up until their deaths. Necropsies showed that both had high loads of parasites, but it is not clear if this was fatal.

Group evolving after death of Rano

Since Rano’s death, our staff has been closely observing how the remainder of Titus’ group has developed. The group is unusual because it has three other silverbacks (Pato, Turakora, and Urwibutso), and they initially managed to coexist without a clear hierarchy. No fights or dominance struggles were observed, but instead a peaceful alliance allowed the group to survive and to be cohesive. Read initial story here.

Changes start after a year

Only now, after a little more than a year has gone by, are we starting to see evidence of dominance rules being established in the group, with Turakora, the oldest of the three silverbacks, being favored.

During the last week of July, two episodes occurred in which Turakora fought over matings initiated by Urwibutso. For many months after Rano’s death, Urwibutso was the only one involved in sexual contacts. But starting in 2015, Turakora and Pato were also observed mating, while Urwibutso was no longer observed engaging in such activities! 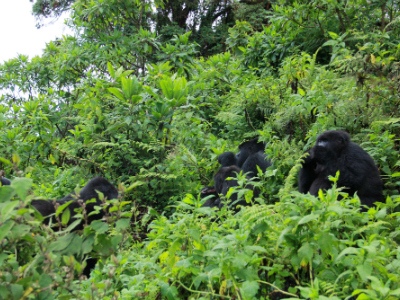 This unusual pattern of copulation may be explained by the fact that Turakora and Pato were at first avoiding conflict with each other (and keeping a safe distance apart), and so were tolerating their young brother's approaches to the females, seeing that he was the least likely to become dominant.

Now things are clearly changing and Turakora is showing off his power, no longer tolerating his younger brother’s approaches to females. In these recent episodes, Turakora literally attacked Urwibutso while he was attempting to copulate with a female. Turakora bit Urwibutso, pushing him to the ground.

What happened next was even more intense. Turakora’s attack stimulated a group reaction, and everybody ran after Urwibutso, forcing him to run away and keep a safe distance. Interestingly, Pato, the other silverback, (who was expected to compete for dominance over Turakora), supported Turakora against Urwibutso in this episode.

Normally in mountain gorilla groups, dominance struggles may last several months and are assessed by analyzing what are called "displacements" – one gorilla physically taking the space of another one. But displacements have been happening at a very low rate in Titus’ group since Rano’s death, and this made it impossible to establish who was dominant over whom. Putting together these few recent occurrences, however, makes us think that Turakora will be the winner, although we have not seen enough instances to be sure.

Turakora’s life has been somewhat similar to that of his father, Titus. Both were abandoned by their mothers at a young age and then “adopted” by the dominant silverback. Links and comparisons of gorillas of different generations make the Fossey Fund's database uniquely rich in terms of information and knowledge of gorilla dynamics. What is happening now in Titus’ group is one great example of how individual stories can tell us a lot about the flexibility of mountain gorillas.