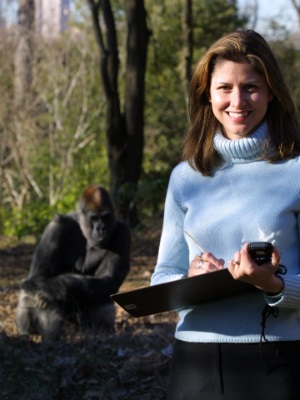 The Dian Fossey Gorilla Fund has called Zoo Atlanta its U.S. home base since 1995, with the zoo providing office space, technical and administrative help, volunteers and other crucial support throughout the years, creating a collaboration that has truly made a difference. During the 20 years since coming to the zoo, the Fossey Fund’s work has expanded greatly and reached numerous important milestones, the most significant of which is the successful protection of endangered mountain gorillas in Rwanda, as initiated by Dian Fossey in 1967.

“The partnership with Zoo Atlanta has enabled the Fossey Fund to focus most of its resources on protecting and studying wild gorillas in Africa, which has ultimately resulted in a doubling of the mountain gorilla population,” says Dr. Tara Stoinski, president and CEO of the Fossey Fund. “We are incredibly grateful for this long-term support and partnership.”

“The longtime collaboration between Zoo Atlanta and the Dian Fossey Gorilla Fund is a true example of the power of partnership – a partnership that connects not just two organizations, but two continents,” says Raymond B. King, president and CEO of Zoo Atlanta.

“Zoo Atlanta is honored to have served as the U.S. headquarters for the Fossey Fund for the past 20 years. We celebrate our shared opportunity to work together to make a tangible difference for gorillas, both here at the zoo and in the wild in Africa, where the Fossey Fund’s work continues to make a difference every day,” King adds.

At the time of the move in 1995, the Fossey Fund was chaired by Dr. Terry L. Maple, who was then also director of Zoo Atlanta, which had recently opened the Ford African Rain Forest, with its state-of-the-art gorilla habitats. He appointed the zoo’s executive vice president, Clare Richardson, to take the position of president and CEO of the Fossey Fund as it moved to Atlanta. 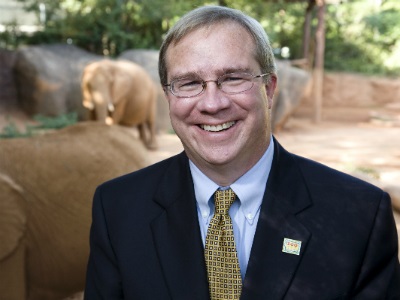 Prior to the move, the Fossey Fund had been hosted by the Morris Animal Foundation in Denver. However, it was facing a turning point, as the need for greater fundraising, administrative steps, marketing and partnerships were increasing, says Richardson. This included everything from legal registration of the organization’s name and brand, to finding climate-controlled storage space for Dian Fossey’s artifacts. “It was time to move forward and take the steps necessary to fully realize the Fossey Fund’s potential as a leading conservation organization,” says Richardson.

Now, after 20 years at Zoo Atlanta, the Fossey Fund has seen dramatic success and expansion, with some 120 staff in Rwanda protecting and studying mountain gorillas, an expansion of activities to help conserve the rapidly dwindling Grauer’s gorillas in nearby Congo, more than 275 scientific publications based on data collected at Karisoke, and a significant conservation education and capacity-building program in surrounding communities. The Fossey Fund has truly played a crucial role in the survival of gorillas in the wild.

None of this would have been possible without the long-term commitment and support of Zoo Atlanta, says Dr. Stoinski, who became president and CEO of the Fossey Fund after working jointly with the Fund and Zoo Atlanta for 12 years. “One of the critical roles of modern zoos is conservation and the Zoo Atlanta-Fossey Fund partnership provides an excellent example of how zoos and conservation organizations can work together to preserve wild places.”

"The Fossey Fund has realized its full potential as a conservation leader during its two decades in Atlanta. Looking back, our decision to work together has paid dividends way beyond our wildest expectations,” says Dr. Maple.

“As the home of the nation’s largest zoological collection of great apes, including 20 gorillas, Zoo Atlanta offers our visitors and research partners a unique opportunity to learn from and observe gorillas living in social groups that are similar to those that might be observed in the wild,” says King. “From Atlanta to Rwanda, these are the types of connections that influence the future for both people and wildlife.”