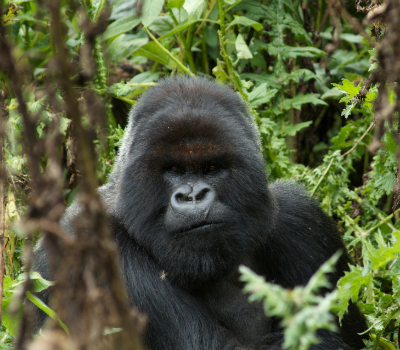 Throughout the years of gorilla monitoring conducted by the Fossey Fund’s Karisoke™ Research Center, an event called “subgrouping” has frequently occurred. This typically correlates with dominance challenges among the silverbacks. Veronica Vecellio, Karisoke’s Gorilla Program manager, says that we may be seeing another occurrence of subgrouping, as Pablo’s group divided into two distinct parties that were separated by a long distance on September 20th and 21st.

The division of the group was instigated by two silverbacks, the dominant male Cantsbee and beta male Gicurasi. With 47 members, Pablo’s group is the largest group of mountain gorillas that Karisoke studies. When the group divided, 19 gorillas chose to follow Cantsbee, while 26 gorillas followed Gicurasi.

When the trackers found the divided groups on September 20th, they noted that some mothers were separated from their infants, as was the case with females Tamu and Mitimbili and their young infants Imbuto and Isoko. This suggests to Vecellio that the division of Pablo’s group likely happened casually.

According to the Karisoke field staff, the group’s first separation occurred at 10:30 a.m. on Sept. 20, when the two silverbacks traveled in different directions, creating a separation of 600 meters. Research Assistant Jean Paul Hirwa reported that around 11 a.m. the group members that had chosen to follow Cantsbee seemed to be distressed over the large number of members missing from the group. Hirwa said “silverback Cantsbee was moving quickly around as if searching for others. Infant Imbuto was crying loudly and looking for his mother Tamu. Female Mitimbili was also moving around anxiously and looking for her son Isoko.” 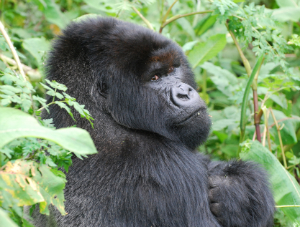 In the early afternoon, Cantsbee found his way back towards Gicurasi’s party, but at that time they did not reunite as one group. Only female Mitimbili and blackback Ishavu left Cantsbee to join Gicurasi. When the Karisoke field staff left the two groups at the end of the day, they were still separated by about 300 meters. However, mother Mitimbili and son Isoko were happily foraging together.

Given the relatively small distance between the two newly formed groups late in the day on September 20th, the Karisoke field staff was surprised to find that their nest sites were located over one kilometer apart from each other the following morning. When the trackers reached the two groups, they were still separated by 500 meters. Female Tamu, who was with Gicurasi, had visibly swollen breasts, as she had not been able to nurse her infant Imbuto because he had spent the night with silverback Cantsbee.

On the morning of the 21st, silverback Gicurasi was observed in an agitated state and was making calling vocalizations alongside other members of his subgroup. In Cantsbee’s group, blackback Mafunzo and subadult Icumbi were taking care of infant Imbuto and carrying him around on their backs.

Later in the morning, the gorillas in Gicurasi’s group could hear the rest of Pablo’s group nearby and began to move very quickly in the direction of the sounds. Winnie Eckart, Ph.D., one of Karisoke’s primatologists, reported that “all of the females with small infants on their backs were the first in line running toward Cantsbee… They definitely seemed to be relieved.” Simultaneously, Cantsbee was moving up toward Gicurasi, followed closely by the other gorillas. The two parties finally met 45 minutes later and reunited to form one large group again.

Research Assistant Didier Abavandimwe reported that “infant Imbuto was visibly reassured by the reunion with his mother, Tamu, and he immediately started suckling for many minutes, to make up for the previous night’s missed meal.” 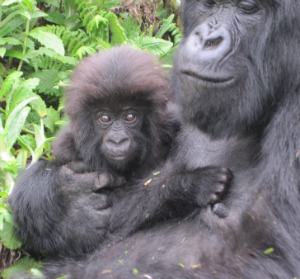 Although the temporary separation of Pablo’s group resolved itself, Vecellio notes that it could be a sign of a substantial change on the horizon. Historically, the splits of Shinda’s group and Beetsme’s group both were preceded by a long series of subgroupings. Subgroups have been previously observed in Pablo’s group, particularly when the group reached its top size of 65 gorillas in 2006. During that year, the group often separated into two parties led by Cantsbee and deceased silverback Pablo. However, at that time the group never completely split.

Vecellio says “we honestly hope that the gorillas of Pablo’s group will stay together as one,” but only time will tell what the future holds for the largest of the mountain gorilla groups observed and protected by the Fossey Fund’s Karisoke Research Center.