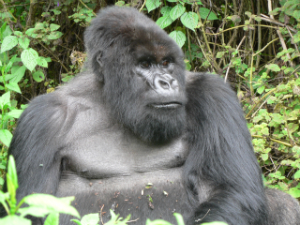 Isabukuru's and Kuryama's groups engaged in a series of four interactions beginning at the end of May. Clearly, Isabukuru was interested in getting females from Kuryama's group. Silverback Kuryama, weak and injured after the first interaction, gradually moved out of his group. The group is now led by silverback Kirahure, who is now dominant. Signs of this possible change actually began in late 2010.

The trackers were able to follow Kuryama for some weeks but we lost him since he was last seen in mid-June. He was alone and still recovering from his injuries.

Silverback Kubaha moved out from Isabukuru's group after an interaction between the two groups in mid-June. He too was weak and injured. He rejoined the group after a week but soon moved out again and was last seen in late June, at 1 km from the group. He was still weak but had improved since the previous observation.

Isabukuru finally succeeded in attracting new females in late June, when female Muganga was found in his group. The transfer was not observed; when researchers reached the groups Muganga was already with Isabukuru. Her 3-year-old daughter Rugira remained in Kuryama's group and is doing fine. 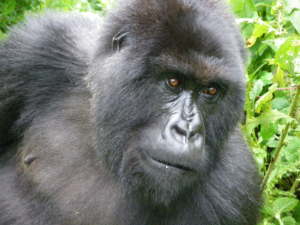 Since this last event the situation has calmed down and no more special events were observed. We continue to follow Muganga every day to record all the behaviors related to the transfer.

Special teams are still organized to look for the silverbacks Kubaha and Kuryama but they are still dispersed. Female Umusatsi and her son Rwema had also moved out of the group for a few weeks in late June but returned. The reason for this behavior is not clear. It may be related to the interaction with Isabukuru or to the dominance change in Kuryama's group.