Silverback Giraneza died on May 12, 2017, after an interesting, challenging and rather aggressive life. He was born in 1994 in the historic Pablo’s group, which became the largest mountain gorilla group every recorded. He was followed by the Dian Fossey Gorilla Fund throughout most of his life, though he spent some years as a lone silverback and was not regularly monitored during those times.

Giraneza seemed to have inherited his strong temperament from silverback Pablo, who we now know was his father, based on genetic analysis. They had a strong bond and were always on the front line when facing outside “opponents.” Pablo kept his fighter’s attitude until his death in 2008, when he disappeared from the group to interact with another silverback, followed by faithful Giraneza.

Evidence showed that there was a deadly fight between Pablo and Inshuti, to which Pablo succumbed and which left Inshuti alive but severely injured. Giraneza went back to Pablo’s group but within the month he left and became a lone silverback.

During his solitary life, Giraneza interacted with established groups a number of times, trying to form his own group. He finally succeeded in 2012, but that group lasted less than two years and Giraneza was once again solitary. In October 2014, he engaged in a severe fight with Bwenge’s group (leading to Bwenge’s death) and then in March 2015 with Ugenda’s group (after which Ugenda died).

In August 2015, Giraneza interacted with Gushimira’s group, again with deadly effects to the other silverback, and finally gained the females needed to form a stable though small group. Two of his females later gave birth, though the third female transferred out in April 2017.

In early May 2017, Giraneza fell ill and his two females were left unprotected, each with a young infant. One female transferred to another group, while the other is still traveling alone with her infant (and followed every day by our trackers). Giraneza’s condition deteriorated until his death on May 12. 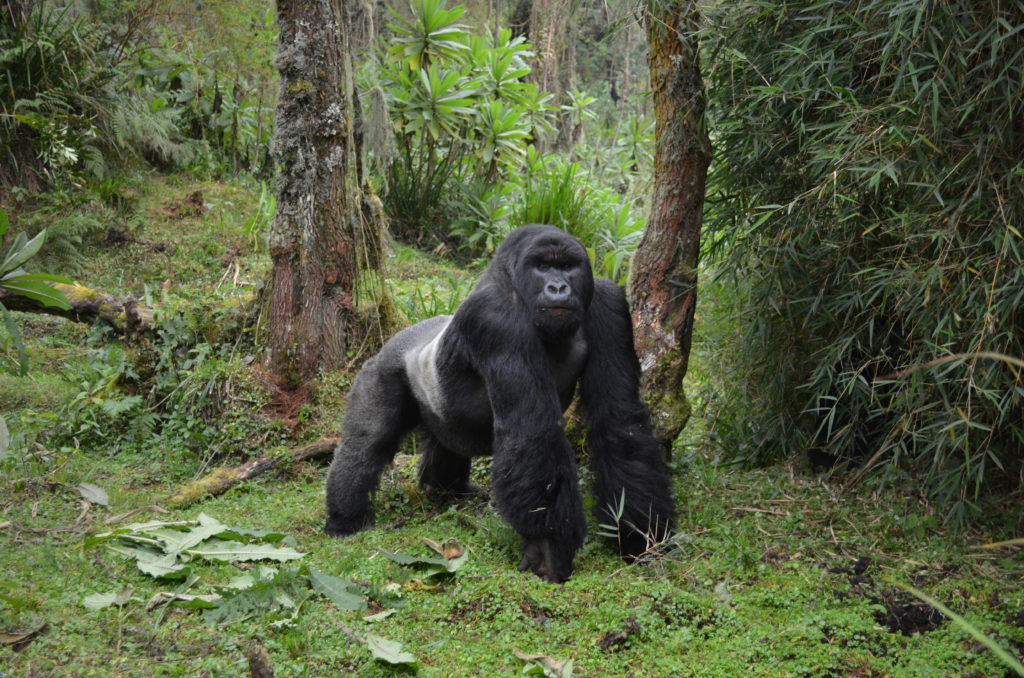