Busogo, Musanze District – It is a vibrant afternoon at the hilltop local secondary school, where hundreds of teenage students have packed the massive ground-floor cafeteria, now turned into a ceremony hall. By 3 o’clock, important guests from the Musanze District Environmental Committee are beginning to arrive. Four of them will soon become jurors and decide the outcome of the year-long competition among six school environmental clubs from the Volcanoes National Park region in Rwanda. 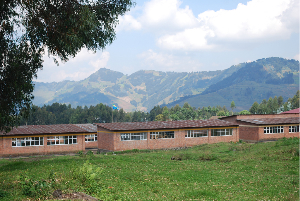 Helping them showcase their accomplishments is Karisoke’s education program manager and YAE coordinator Joseph Karama, who in the days leading up to this event visited all the schools and video documented their projects. In the short clips now running on the projector, the audience can see beautiful school gardens with fully developed corn and cabbage crops, flower beds and young trees. Everyone claps frantically when the club representing ESTB Busogo – the host of the day – proudly announces that their long-term objective is to supply each student with an avocado per day, from the young avocado trees they planted at the beginning of this year.

While acknowledging all participants’ efforts, the jury did not, however, pick the public’s favorites. Instead, after a quick deliberation, their vote went to “the most scientific project” — a modern compost pit on the grounds of Musanze Science School, where for months students have separated biodegradable and non-biodegradable materials and have managed waste in a responsible way. 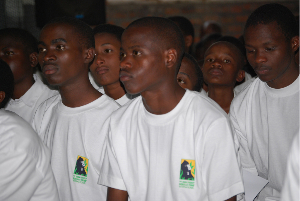 “We worked very hard, but we are stunned that we won,” said Didier Sibomana, the president of this large club, which has 120 members. He explained that the compost pit idea, for which they received $300 from Karisoke Research Center, was born out of their wish to “bring hygiene to the school.”

Sibomana himself, who wants to become a medical doctor in the future, joined the environmental move due to a deeply engrained conviction: that only by caring for the land and the climate can people also “survive well.” 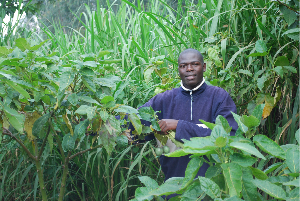 With the first prize going out to the most special project, the jury then awarded second place to Gahunga Secondary School, which became very active in the local community by supplying free seedlings from its own avocado nursery to 75 families. Third prize went to Kampanga College, for their initiative to plant soil-erosion control trees around the school compound.

As winners of the first YAE competition, Sibomana and his colleagues will now enjoy a computer and two digital cameras. But hailing everyone’s determination and achievements, Karama rewarded all clubs with photo equipment and vowed to continue and expand the program in the new school year.

“We are all here because of our love for the environment,” Karama said. “It is through education that Karisoke™ Research Center is trying to bring as many young Rwandans onboard from now on as well.”