Search for silverback Kirahure has ended

After more than a week of intense searching for dominant silverback Kirahure, the patrols to find him have now ended. Yesterday, 24 people were again grouped into teams for one last search. They covered every area where we thought Kirahure, or some evidence of him or his trail, might be found, but without success. This is unusual, though a similar situation occurred with silverback Ntambara, who was not found after signs of being unwell earlier this year, also after intense searching. Today, our anti-poaching team made one more search, with no luck. 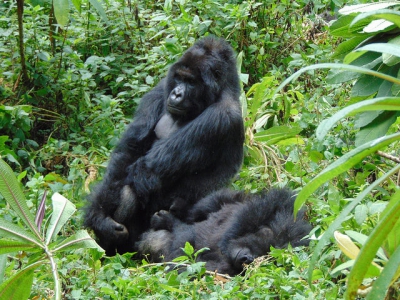 Our trackers were first unable to locate Kirahure last Monday. He was still recovering from wounds on his head received at the beginning of August, but had been engaged in normal activities the day before, though was still quite thin. Kirahure was the leader of Kuryama's group, one of the mountain gorilla groups followed daily by our staff.