Silverback Ntambara not seen since Feb. 6

Silverback Ntambara, who is second in charge of his group, has not been located by our daily tracking team since Feb. 6. Before his “disappearance,” the 29-year-old silverback had shown signs of being unwell, following an interaction with another group on Jan. 29, so the possibility of injury is very concerning. A dedicated team of trackers, as well as additional support, has been assigned just to search for him, but still unable to locate him or his trace. 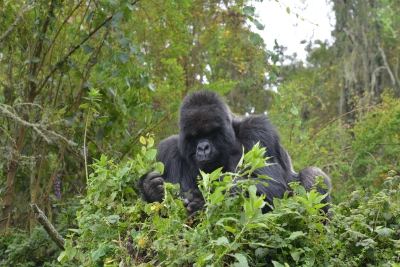 Ntambara’s group is actually led by his brother, dominant silverback Ugutsinda. Unfortunately, in the last few days, Ugutsinda has also shown signs of being unwell, such as moving more slowly than usual and having a swollen face and flatter stomach.

Stay tuned for updates, since we do not know how or when this situation will be resolved. A veterinary team from Gorilla Doctors will accompany Fossey Fund staff to this group today.