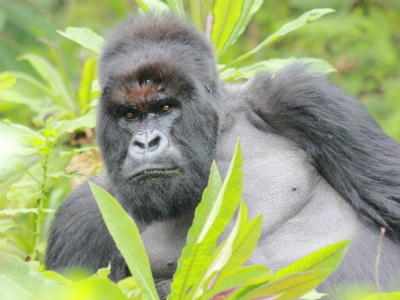 When 24-year-old dominant silverback Kirahure, who was the leader of Kuryama’s group, was wounded this summer and later disappeared and died, his group was fortunate to have another silverback available to take over leadership: 22-year-old Vuba. This is now the third dominance change since the group formed in 2007.

Kirahure was first wounded in a fight this summer (which we did not observe), receiving an injury that damaged a major artery above his left ear and caused a significant loss of blood. However, after many days of extreme weakness, Kirahure seemed to be recovering and clearly reclaimed his dominance role, which Vuba had taken over temporarily.

Shortly after regaining dominance, Kirahure began losing weight, and he disappeared from the group on Aug. 31. Despite a massive search effort by the field staff, he could not be located. Three weeks later, his body was found. Given the advanced state of decomposition, it is presumed that his death happened not long after he left the group.

Vuba emerges amongst the turmoil

In all this turmoil, the group had to keep up and find a leader to trust and follow. As second-ranking silverback, Vuba filled this role. Before his disappearance, Kirahure was weak for many days and struggled to keep up with the group. During this time, Vuba took initiative in leading the others in their travels and search for food. Vuba tried to challenge the weakened Kirahure once by passing in front of him, but Kirahure didn’t submit and made his point with loud pig grunts, forcing Vuba to withdraw. Unfortunately Kirahure’s strength abandoned him after that, resulting in his departure from the group.

Vuba has always been a very calm silverback. When Kirahure was still alive, he never exhibited any dominance challenges, preferring instead to support other males during dominance struggles. Despite being subordinate, Vuba has always had easy access to females and has sired at least two offspring as a subordinate male. This is possibly due to the tolerance of the higher-ranking silverbacks with whom he lived and who may have preferred cohesiveness among males rather than an overall supremacy.

Looking back and ahead 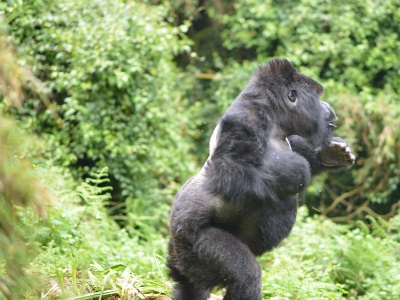 Vuba grew up in Beetsme’s group, which split when he was 14 to form Kuryama’s group and Titus’ group. In his natal group there were a multitude of adult males, from which he surely observed the attributes and strategies necessary to successfully lead a group.

Vuba is the son of the legendary Titus, who led Beetsme’s group for more than 15 years. His mother is Tuck, who is part of a dominant and long-observed matriarchal line named after his grandmother, Effie. Unlike other Effie family members, however, Vuba never seemed to show strong dominance ambitions, although he is now a leader anyway. It is interesting to note that five of the nine gorilla groups currently monitored by the Fossey Fund are led by an Effie family member: Cantsbee, Isabukuru, Mafunzo, Iyambere, and now Vuba.

“Despite this tragic scenario that caused this dominance shift, we are happy to see Vuba as the leader of Kuryama’s group,” says Veronica Vecellio, Fossey Fund gorilla program manager. “He now has the responsibility of keeping the group together and can definitely benefit from the presence of the other two silverbacks, which is the best guarantee for group success.”

Unfortunately, we have witnessed an extraordinary number of losses of young dominant silverbacks recently. It is not clear if these deaths are connected to a common factor or if they are a dramatic coincidence. In the case of Kirahure’s death, the presence of Vuba secured the group’s cohesiveness, ensuring that they will eventually cope with the loss in a smooth transition. Some of the other groups were not as lucky and had to undergo multiple changes and challenges—such as members finding new groups or even facing infanticide—before their members found new lives.