Some fascinating facts about Dian Fossey, in honor of her birthday

Our founder, the legendary scientist Dr. Dian Fossey, would have turned 84 on Jan. 16 of this year. Although she was killed while trying to find ways to protect her beloved mountain gorillas, her work lives on in so many ways, especially through the daily monitoring and protection that the Dian Fossey Gorilla Fund now provides daily. The mountain gorilla population has nearly doubled since her time, as a direct result of the work she started, and this is certainly her biggest legacy. 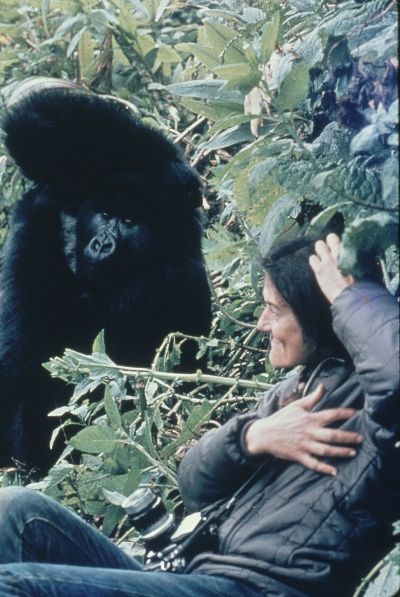 Fossey was a fascinating individual in many ways, as well as a courageous and brilliant scientist. We collected a few interesting facts about her life and legacy and present those here, in honor of what would have been her 84th birthday.

* Some 275 scientific studies based on work at Fossey's Karisoke Research Center have now been published in academic journals. Indeed, most of what is scientifically known about gorillas comes from work conducted at Karisoke or using the enormous Karisoke gorilla database.

* We still monitor two gorillas who were first seen, and named, by Dian Fossey. They are the dominant silverback Cantsbee (37 years old) and high-ranking female Poppy (38 years old). They are also the oldest gorillas we currently monitor.

* Dian Fossey is buried in Rwanda, in a gravesite next to her favorite gorilla Digit (who was killed by poachers) and other gorillas.

* While making the movie "Gorillas in the Mist," based on Fossey's book, actress Sigourney Weaver also fell in love with the gorillas. She has been honorary chair of the Dian Fossey Gorilla Fund ever since.