The Loss of Three Dominant Silverbacks 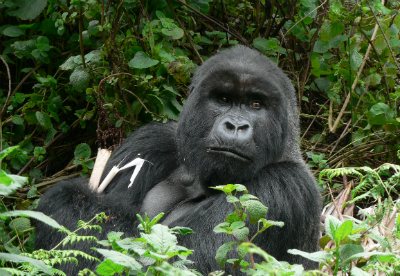 The recent deaths of several young, dominant silverbacks among the mountain gorilla groups the Fossey Fund follows has been dramatic for both gorillas and staff. The loss of Urugamba, Umushikirano, and Bwenge came as an unpleasant surprise to the Fossey Fund staff who monitor these gorillas daily and highlights some of the new scenarios and various environmental changes the gorillas have had to face to survive, as well as the adaptations needed by our field staff.

Fossey Fund field staff have had to adjust their normal group monitoring schedules after such deaths, since group behavior is highly uncertain after the loss of a leader. Sometimes groups split and some of the members, despite age or gender, go off on their own. All these reactions are monitored carefully by staff to reconstruct—as accurately as possible—the entire sequence of events and to provide the best protection for the groups going forward.

Each of the three silverback deaths was premature, but each set of circumstances and the groups’ responses have been unique. And each has provided different insights into what may have caused these unexpected deaths.

The first loss of a young leader occurred on Jan. 25, 2013, when dominant silverback—and only male of his group—Urugamba died at the age of 21. On Jan. 24, trackers reported that he appeared sick, but prior to that day, Urugamba showed no outward signs of illness. The necropsy of Urugamba revealed problematic internal injuries, including a perforated colon, fluid build-up and splenic rupture. A high load of intestinal parasites was also observed.

The remaining members of Urugamba’s group were initially calm, grooming and making calling vocalizations. In the days after his death, the group traveled in random directions and then merged with Ntambara’s group. The merge was very intense and involved much aggression toward females. Female Bishushwe, who at the time had a 2-year-old infant named Amatwara, tried to avoid the three persistent males of Ntambara’s group and eventually left the group to protect Amatwara from potential infanticide.

Bishushwe and Amatwara traveled for five weeks on their own before returning to Ntambara’s group. When they rejoined the group on March 1, 2013, our trackers saw that the infant had already been badly injured from a clear infanticide attempt, either from a male in Ntambara’s group or a solitary male she encountered during her travels. Amatwara died 10 days later from the wounds. 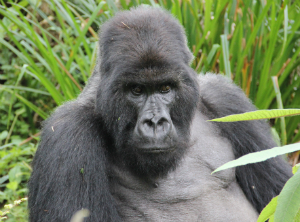 The two other silverback losses both occurred this year, with Umushikirano (“Rano”) on July 28 and Bwenge on Oct. 1. Rano, the leader of the multi-male Titus’ group, was 21, and Bwenge, the leader and only male of his group, was 24.

A necropsy by Gorilla Doctors showed that Rano suffered a perforation of the small intestine, acute peritonitis, and, like Urugamba, a large amount of intestinal parasites. Titus’ group was relatively calm in its response, and the three other silverbacks of the group have since taken charge, though no distinct hierarchy has been established.

On Sept. 20 and 24, Bwenge was wounded fighting with lone-silverback Turatsinze. Bwenge appeared to be healing, but a necropsy revealed severe internal injuries from the interaction. As there was no other male in the group, elder female Maggie led the remnants of Bwenge’s group for four weeks—an anomaly not seen before by our field staff. She guided the group’s travels, diverting lone silverbacks and other groups, likely to avoid potential conflict. While we admire Maggie’s courageous efforts, staff was concerned for this group and monitored them very closely.

As in the aftermath of Urugamba’s death, the remaining members of Bwenge’s group experienced a lot of stress. Elder female Maggie led the remnants of Bwenge’s group for weeks, but sub-adult male Ntaribi separated from the group and adult female Faida transferred between groups, leaving her 3-year-old infant Susuruka to Maggie. Sadly, infant Susuruka died a few weeks later. The cause of her death has yet to be determined, but the separation from her mother and events the group faced undoubtedly played a role. 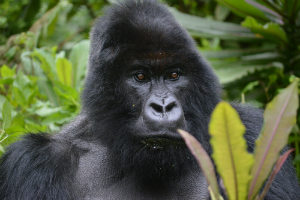 Over many decades, Fossey Fund field staff have witnessed many gorilla deaths, but the loss of a dominant silverback is always notably intense. We’ve seen the loss of legendary silverbacks, such as Titus, Pablo, or Shinda, but there was already an established dominance order to replace the leader, with no dramatic consequences. The situation can be quite different, however, if there are not other males in the group to take over leadership, as was the case in Bwenge's group.

As the number of mountain gorillas increases in the area where we work, there are more frequent group encounters, which are usually violent and can be lethal. These interactions and fights are visibly stressful for the gorillas, and may even affect their immune systems in addition to the more visible injuries. By using long-term data, Fossey Fund scientists are examining how the population dynamic has changed over time and the consequences for conservation. In an article published earlier this year, we analyzed 12 years of data looking at ranging patterns. We found that since the groups split in 2007, inter-group dynamics have changed dramatically. Interactions between groups have increased by six-fold, the number of neighboring groups has tripled, and the amount of area any one group has to itself has declined drastically. As the stories of Urugamba, Rano, and Bwenge show, the effects of thesechanges on the gorillas have the potential to be profound, and we will continue to investigate the impact of such changes in the growing population through our long-term data as well as additional data that examine stress hormones and health.