Eleven-year-old Vienne was among a group of Primary 6 students invited to "Heroes Night" at St. Aloysius College, a celebration of inspirational historic figures. She chose Dian Fossey as her hero, which involved a lot of research, preparing a biography, and doing a presentation in the voice and "costume" of her hero. Vienne also brought Fossey's story to life by writing and illustrating a journal. 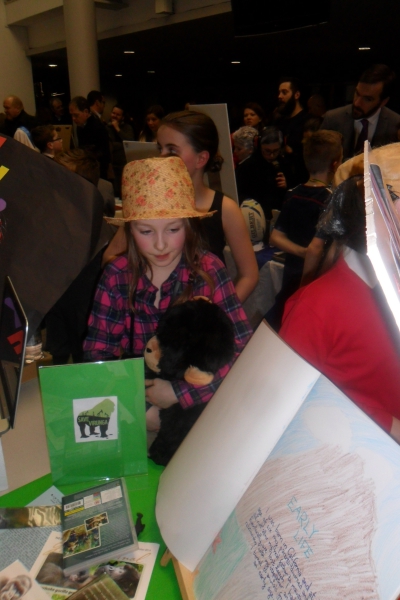 Vienne says she chose Fossey because she is a role model for animal lovers across the world, with her intrepid spirit and genuine compassion for vulnerable creatures. Vienne says that her hero was "brave and true" and that one day she would like to travel to the mountains of east-central Africa, to see for herself how much Fossey achieved.

On the night of the presentations, Vienne as Fossey took her place alongside such other notables at Winston Churchill, Walt Disney and Leonardo da Vinci.