This week we’re answering your questions from the past month!

1: What are the different age classes for gorillas?

While age classes vary depending on the subspecies of gorilla, mountain gorillas have the fastest life history rate. There are about 5 different age classes for mountain gorillas. Those under 3.5 years of age are considered to be infants. Juveniles are classified as 3.5-6 years old and sub-adults are 6-8. After 8, age classes are divided by sex, with females reaching adulthood and males are considered to be blackbacks until they fully mature and grow silver hair on their backs, making them silverbacks, at around 12 years of age. However, a silverback won’t reach his full adult size until he is about 15.

2: What do poachers want with gorillas?

Poaching risk varies depending on the subspecies.  Luckily for mountain gorillas, poachers no longer hunt gorillas. In the past, gorilla hands, feet, and heads were considered trophies. Today, poachers use snares to catch antelope, but unfortunately, gorillas can still get caught in them. This can have severe consequences, including hand or foot amputation, or even fatality. That is why the Fossey Fund has dedicated anti-poaching teams that search out illegal activity and remove traps.   Unfortunately, for the other three gorilla subspecies, direct poaching for food is still a very real threat. In fact, Grauer’s gorillas have declined an estimated 80% in the last two decades, primarily as a result of poaching. This is why the Fossey Fund decided to expand our footprint back in 2001 and start protecting Grauer’s gorillas in addition to mountain gorillas.

3: Why are male gorilla heads pointy?

Gorillas, and many other animals, have what is called a “sagittal crest”, a bone ridge that runs along the top of the skull that runs from front to back. The sagittal crest serves as an anchor point for the temporalis muscles, which aid in chewing. These muscles, and the crest they attach to, is part of what makes the gorilla bite force so strong. This is especially important for males, as they use these muscles not just for eating but for defending their families. Male gorillas can even bite through coconuts, which are comparable in hardness to a human skull!

While they don’t bathe in water like humans, gorillas stay clean by grooming themselves and others. They’ll look through their hair to pick off debris such as dirt, insects, and more to keep themselves clean. They’ll also groom other group members, which serves to strengthen social bonds as well as improve hygiene. However, gorillas typically don’t spend as much time grooming as some other primates, and they don’t groom with the same intensity of a cat!

Gorillas have emotions just like humans, and these emotions include one that is grief-like. After the death of a group member, it isn’t uncommon to see the rest of the group in a distressed state. Group members may choose to stay close to or even groom the deceased gorilla the day of passing. Mothers have also been observed carrying deceased infants for multiple days. For more accounts, follow the link below.

To stay up to date on the latest gorilla news go here! 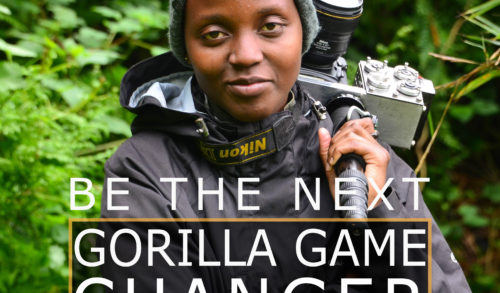 Celebrate Giving Tuesday with us, and learn how YOU can become a gorilla game changer!