Twelve years ago, when the Fossey Fund began working in the classrooms of Rwanda, we hoped to teach young Rwandans about their biodiverse surroundings and encourage them to think of themselves as conservation leaders and activists.

Since then we’ve reached tens of thousands of elementary and secondary-aged students through our nature clubs and conservation courses, where we teach the importance of protecting gorilla habitat and help students develop creative ways to support conservation efforts within their own communities.

This is the story of one of those students. 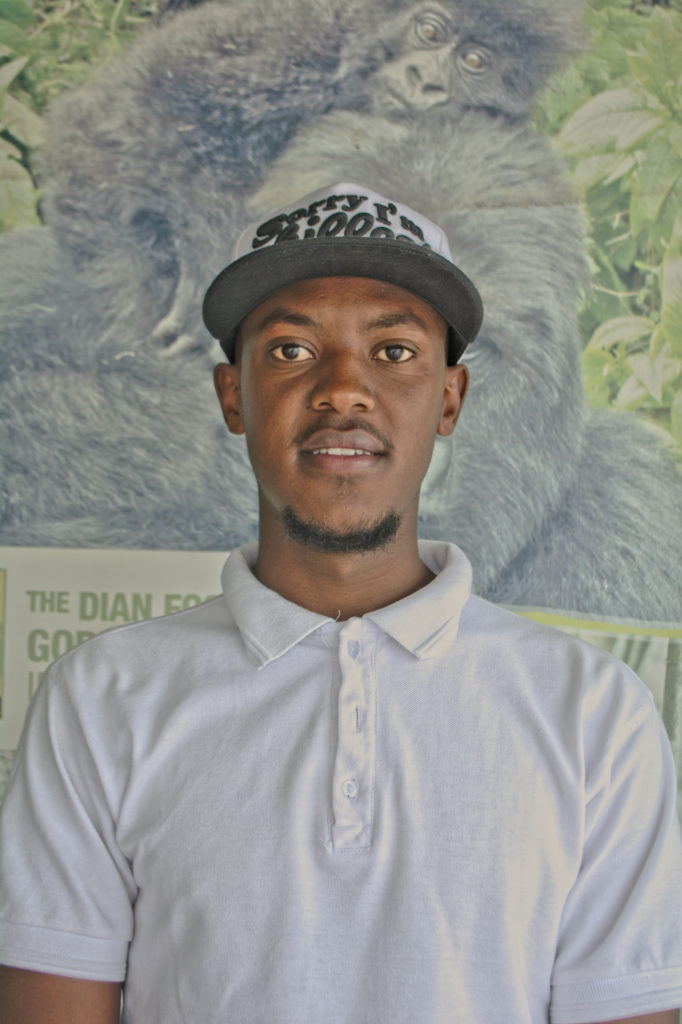 When Nicolas Kwizera was a student at the Sonrise Secondary School in Musanze in 2015, he decided to join our environmental club. During the school day, he focused on physics, chemistry and math. At the environmental club, he says, he “learned things such as bird watching, making gardens at schools, and setting up nurseries of different plants such as avocados, carrots and peppers.” His club also participated in conservation debates with other nearby schools.

Nicolas found these lessons in conservation intriguing, and he resolved to learn more.  After graduating from secondary school, he contacted the staff at the Fossey Fund’s Karisoke Research Center and asked to work as a volunteer.

“The whole team was impressed by Nicolas’ commitment and positive attitude,” says Felix Ndagijimana, the Fossey Fund’s director of Rwandan programs and the Karisoke Research Center. “We invited him to join us as an intern in our community engagement program while he waited to hear if he’s been accepted to college.”

“I committed to volunteer with the Fossey team to learn more of conservation and to further develop my future path,” says Nicolas. “It was my best day when I was selected as an intern at Karisoke for six months!” 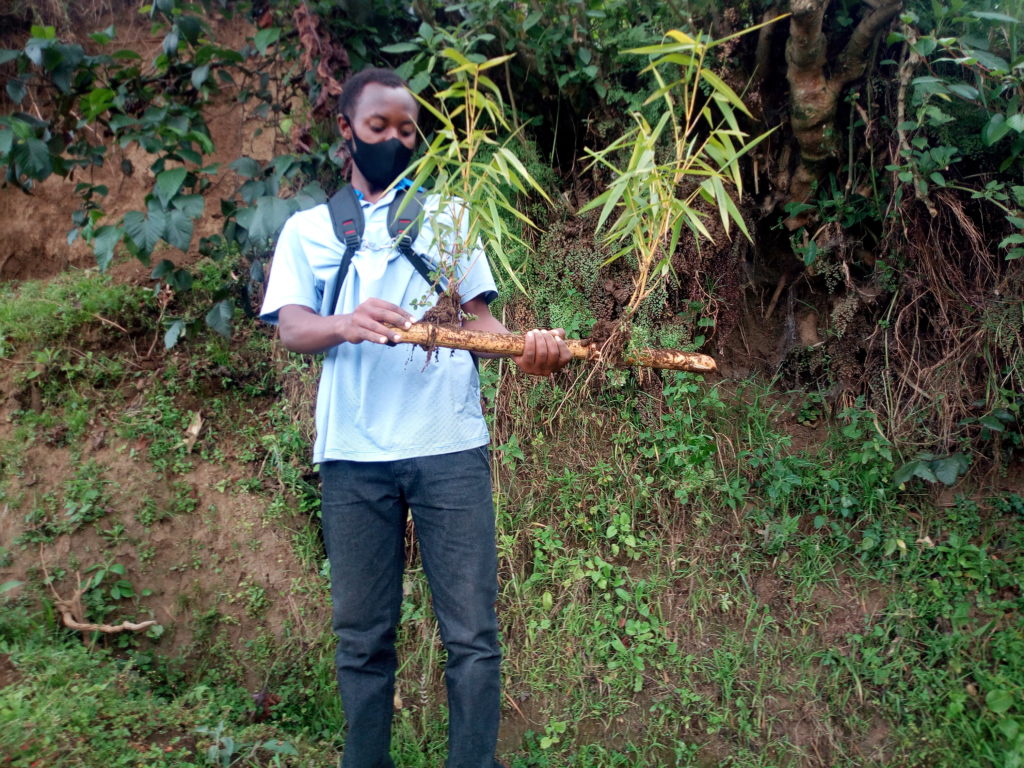 Nicolas Kwizera at work on a bamboo transplantation project at Karisoke.

As an intern, Nicolas is assisting with surveys being conducted in conjunction with construction of our new Ellen Campus and helping to track community projects in villages near the park, such as kitchen gardens and animal husbandry projects. He is also working to develop our nature club tree nursery projects, bringing him full circle from his long-ago days as a conservation club student member.

Nicolas is gaining experience writing reports and conducting research, while also learning more about mountain gorillas, biodiversity and conservation inside the Volcanoes National Park. He plans to pursue a career in wildlife conservation, contributing to the protection and conservation of endangered species.

Who knows? Perhaps one day Nicolas will return to Sonrise Secondary School to teach future generation of students the importance of conservation.

“It’s a great feeling, when we see students such as Nicolas growing into future conservation leaders of Rwanda and Africa,” says Ndagijimana. “It really shows the power of our community outreach programs to make a difference, not just for one student, but within entire communities over time. It’s why we do what we do.”