With just over 1,000 mountain gorillas remaining, every individual is critical to their conservation. The life of a dominant silverback, whose job is to protect his family, is especially important. Silverback Mafunzo, who died on April 19, exhibited all the best qualities of a gorilla group leader, forming his group when he was young, expanding it quickly, protecting them well, and being a great father to his offspring.

Creating and leading a gorilla group

Mafunzo was monitored by the Dian Fossey Gorilla Fund since his birth in 1999. He was part of an impressive mountain gorilla family named after his grandmother, Effie, whose members are known for their leadership, large size and other notable qualities.

Mafunzo was born into the historic Pablo gorilla group, led by his brother, the legendary Cantsbee. This group reached the enormous size of 65 gorillas when Mafunzo was growing up. At the age of 13, he left Pablo’s group and became a solitary male, before forming his own new group within the next two years. Mafunzo’s group expanded under his leadership to include 10 gorillas at the time of his death.

“The gorillas in Mafunzo’s group didn’t ‘accept’ his death at first,” says Jean Paul Hirwa, the Dian Fossey Gorilla Fund’s senior manager of program operations in Rwanda. “They had stayed close to him when he was ill and didn’t want to move away after his death. Every gorilla in the group was very attached to him.”

Fossey Fund staff are not surprised by the group’s reaction, and recently published research showing that gorillas do mourn the losses of those they are close to.

Indeed, Fossey Fund research assistant James Munyawera followed Mafunzo and his group during his final days and saw the group sitting very still and not eating on the day he died. One of the females made hooting vocalizations to call him. Even once the group saw the body after Mafunzo’s death, they still used all the trails they had been on together, seeming to hope that he might appear there again.

Mafunzo was a special silverback in many ways, says Hirwa. “He had a very distinctive personality even at a young age. He was good at attracting females to join his group and was very protective of all its members. He was also a good father, tolerating young gorillas playing on him. All the youngsters in the group were close to him.”

“I knew Mafunzo for 17 years,” says Veronica Vecellio, Fossey Fund gorilla program senior advisor. “He had what I call a ‘positive confidence,’ and will be remembered as one of the most successful silverbacks, so strong and bold.”

“Mafunzo was loved by every gorilla in his group and was wonderful to all of them,” says Munyawera. “He leaves behind two adult females and seven youngsters. Like his group, I was not ready to accept that he has left us. I will forever remember him as a great silverback that I have lived with.”

The future of endangered gorillas

The mountain gorilla population is small and endangered, but silverbacks like Mafunzo have helped the population thrive. The Fossey Fund is closely monitoring the remaining members of his group, who are now without a silverback to lead them. Top-ranking female Taraja is keeping a close eye on the group in these early days.

“Even with our 55 years of studying mountain gorillas, we really don’t know how Mafunzo’s group will evolve after his loss,” says Fossey Fund President and CEO Dr. Tara Stoinski. “Among the groups we monitor, there have not been a lot of cases where a group with only one adult male faced the loss of that male. All of us are hoping for the best future for Mafunzo’s family.” 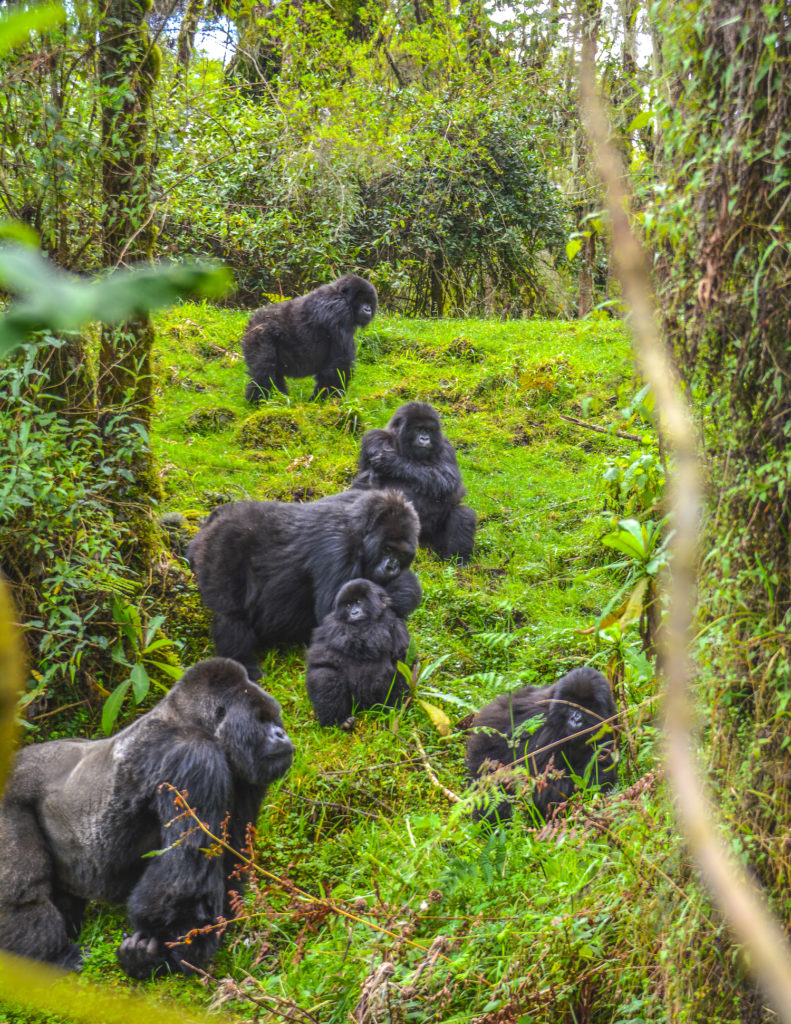