A study by the Dian Fossey Gorilla Fund shows that gorilla families come together to support young gorillas that lose their mothers.

The findings, published in the journal eLife,use the Fossey Fund’s more than 50-year dataset to discover how maternal loss influences young gorillas’ social relationships, survival and future reproduction. The study shows when young mountain gorillas lose their mothers, the rest of the group helps buffer the loss by strengthening their relationships with the orphans.

“Mothers are incredibly important for survival early in life—this is something that is shared across all mammals,” said lead author Dr. Robin Morrison. “But in social mammals, like ourselves, mothers often continue to provide vital support up to adulthood and even beyond.”

“In many species, like our close relatives, chimpanzees, individuals without mothers suffer higher mortality or may be less successful parents themselves, and this finding can hold even if the loss occurs in early adulthood,” she said. “But our research shows that mountain gorillas really go against this trend.”

The study shows that gorillas whose mothers died or left their group after they were able to feed themselves but before they were fully mature (between the ages of two and eight), do not have any greater risk of dying than those whose mothers are still around. In addition, maternal loss does not appear to have any long-term effect on the young gorillas’ eventual ability to produce and rear offspring themselves.

What does change, however, is the number of affiliative interactions they have with other group members, which increases dramatically after they are orphaned.

The authors suggest that this support from other group members may be similar to what we see in humans, where other family members and even non-relatives can step into key roles in caring for children.

Mountain gorillas live in close-knit “family” groups including a dominant silverback male who leads the group, multiple adult females, their immature offspring and, in some cases, subordinate adult males.

Male gorillas are known to care for young members of their group, regardless of paternity. In her lifetime, Dian Fossey noted, “The extraordinary gentleness of the adult male with his young dispels all the King Kong mythology”—an observation reinforced by this study, which found that the dominant silverback male plays a particularly important role in supporting young motherless gorillas, spending more time close to them and increasing the time spent resting and grooming together. This response is common across all group leaders whether or not they are the genetic fathers.  Access to the highest-ranking individual likely ensures that orphans do not become socially isolated and continue to have access to food and other resources.

“These findings suggest that our capacity to care for other group and family members in times of need may be deeply rooted within our DNA and something we share with gorillas,” said Morrison.

This research used data on the lives of mountain gorillas collected by hundreds of individuals going back to 1967, when Dian Fossey first established long-term monitoring of the gorillas.

“This study highlights the value of long-term research on wild animal populations” said Dr. Tara Stoinski,senior author on the study and CEO and chief scientist of the Dian Fossey Gorilla Fund.

“Just like us, gorillas live long lives, so it takes years for researchers to record the rare and fascinating behaviors that occur over a gorilla’s lifetime. Our dataset, one of the longest of any animal species, stretches back more than 50 years, helping us understand how much we share with one of our closest relatives as we work to protect them and their biodiverse habitat.”

Protecting individual gorillas and their families; 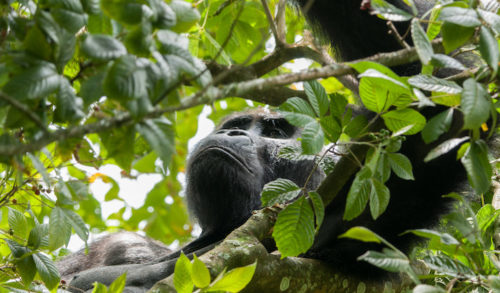 Unlike their mountain gorilla cousins, only a few of the critically endangered Grauer’s gorillas of the Democratic Republic of the... 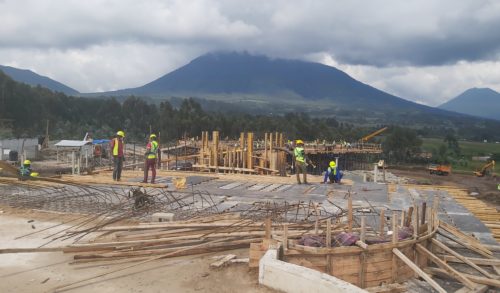 Five decades ago Dian Fossey set up camp in the forests of Rwanda and began the critical scientific research and... 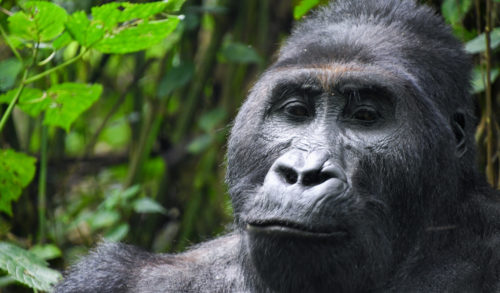