It appears that the fate of the elderly mountain gorilla Cantsbee may now have been solved. The legendary silverback disappeared from his group in late February after showing signs of weakness. Despite massive searches by our staff, no trace of him was found.

But a few days ago, on May 12, Dian Fossey Gorilla Fund trackers spotted a partially decomposed gorilla body in a river while on their daily patrols, and arranged for its removal and transport over the weekend.

Yesterday, a necropsy was performed by Gorilla Doctors, in conjunction with Fossey Fund scientists and associated researchers. Due to the advanced decomposition of the body, identification was not simple, although it was clearly the size and shape of a big silverback. Luckily, a photo of Cantsbee’s teeth taken earlier this year by Gorilla Doctors was available and could be compared with the teeth from the carcass.

“There are many signs that are unique to teeth,” says Dr. Jordi Galbany, a Fossey Fund research associate from the George Washington University who is studying gorilla growth using high-tech photogrammetry techniques. “Incisor teeth, which were clearly visible in the photo, present characteristic patterns of wear, chipping or periodontal disease,” he says. “All of these were a perfect match between the photo of Cantsbee’s teeth that we had and the teeth in the carcass.” It was also possible to estimate the age of the teeth, which matched up with Cantsbee’s age, says Dr. Galbany.

In addition, the body was found in the area where Cantsbee was last seen. So Fossey Fund staff are ready to conclude that the carcass is indeed Cantsbee, although genetic analysis will still need to take place for final verification. 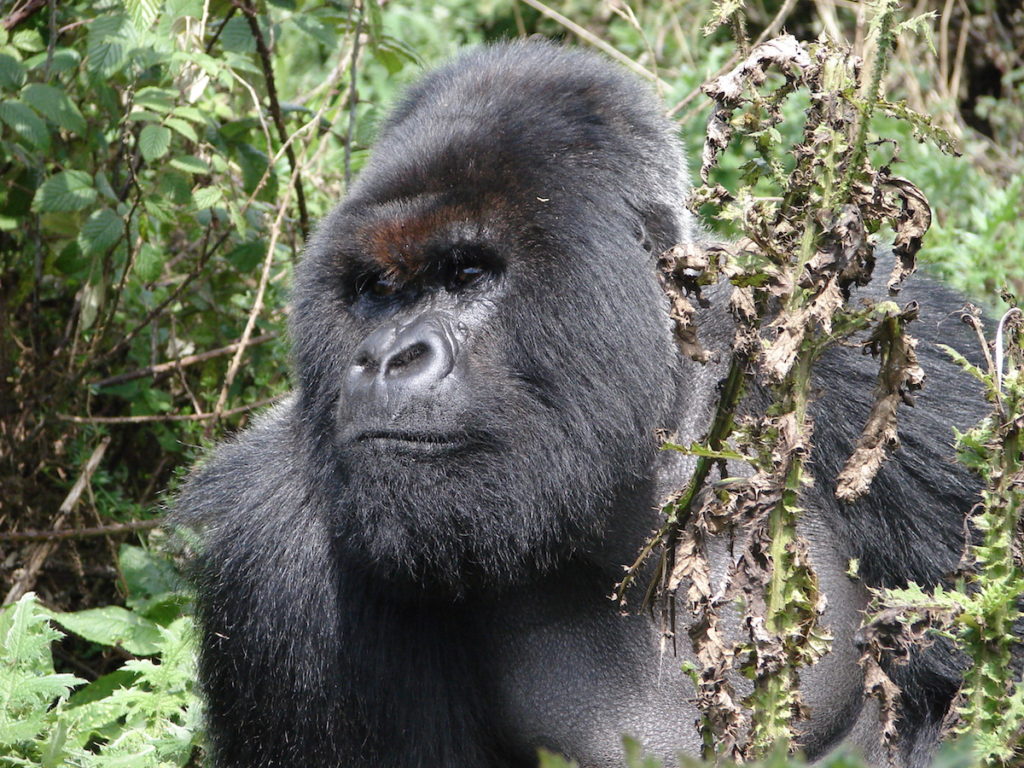 Cantsbee’s disappearance in February was not the first time he had disappeared. Last October he also went missing from his group, and due to his advanced age, it was presumed that he must have died, although no signs of his body were found, despite intense searching by Fossey Fund teams and Rwanda park authorities.

Then, in January, he suddenly reappeared in his group, shocking even the most experienced and expert trackers and scientists. Although he appeared healthy at the time of his reappearance, he soon began to show signs of slowing down, moving less and not eating much, until one day he was no longer in his group again.

Cantsbee was the last of the leading silverbacks originally studied by Dian Fossey. She gave him his unusual name because until he was born, she had presumed that his mother was actually a male gorilla. Upon seeing the newborn, Fossey exclaimed “It can’t be,” which turned into the name “Cantsbee.”

Since then, Cantsbee went on to create a historic legacy in many ways, leading the largest group of gorillas ever observed, remaining dominant for the longest reign ever recorded, siring the most offspring, and passing the statistical life expectancy for mountain gorillas.

“The longevity and success of Cantsbee is credit to not only his own unique strengths, but also to the daily protection and monitoring provided to him by the Fossey Fund’s trackers,” says Tara Stoinski, Ph.D., Fossey Fund president and CEO/chief scientific officer.

“I will remember Cantsbee as the most powerful and confident of all the silverback leaders,” says Veronica Vecellio, the Fossey Fund’s gorilla program manager in Rwanda. “I have bright memories of his group resting together, gathered around Cantsbee or following him by forming long lines, among the most surreal moments that I have experienced in the wild.

With Cantsbee now confirmed dead, at age 38, there is now only one other gorilla still alive who was originally studied by Dian Fossey –41-year-old female Poppy.

Stay tuned for more memories and remembrances of Cantsbee from those who knew him well….