Share on facebook
Share on twitter
Rwanda’s annual gorilla-naming ceremony, called Kwita Izina, takes place on Sept. 1, and the Fossey Fund is excited that a number of gorillas monitored by our field staff will be among those receiving names. The annual ceremony and associated events are organized by the Rwanda Development Board, which oversees management of Volcanoes National Park, home to the mountain gorillas. “A gorilla name is more than just a word and each has a special meaning to the trackers from the Fossey Fund and the Rwandan park authorities, who provide suggestions for the names to be given to gorillas,” says Felix Ndagijimana, the Fossey Fund’s director of programs in Rwanda and our Karisoke Research Center. “Whether it’s related to the joy of specific births, the value of gorillas to Rwanda and the world, or recognition of the value of social programs to improve the livelihood of Rwandans, a gorilla name always has an inspirational message,” he says. This year, there are 19 gorillas being named in total. Most of them are infants born in the past year, but some are actually adults who joined the monitored groups during that time, arriving from groups that have not been monitored, sometimes from over the border in Congo. Here’s a lineup of the gorillas that the Fossey Fund monitors to receive official names at this year’s ceremony: Mitimbili’s infant: A male, born on April 24, 2017. This is Mitimbili’s fourth offspring and interestingly all are males and live in the same large group! 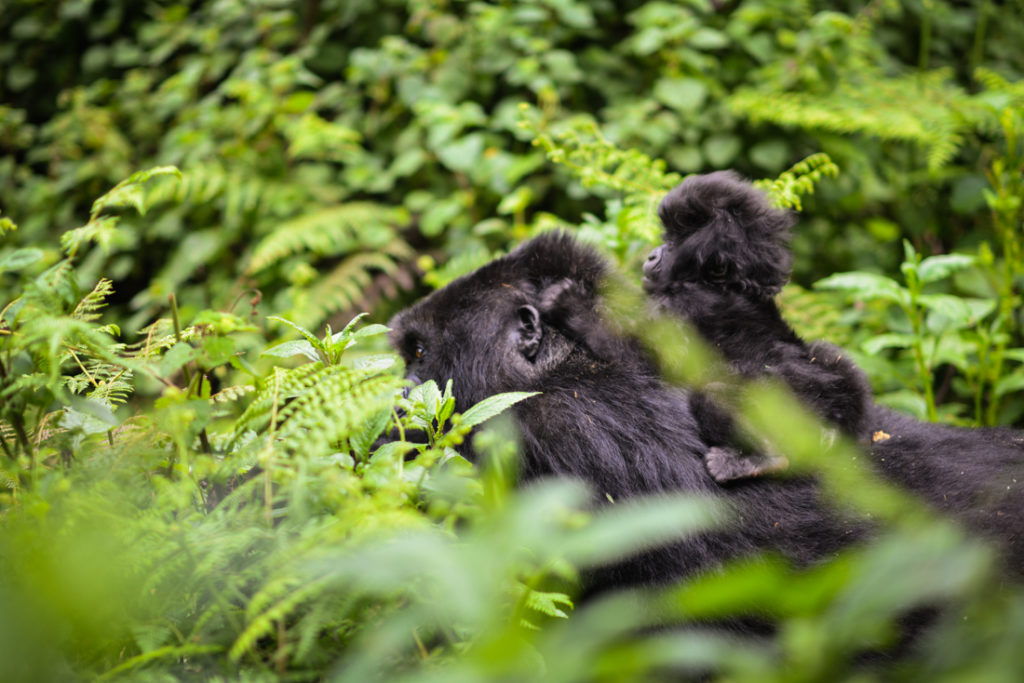 Kurudi’s infant: A female, born in Aug. 4, 2016. This is Kurudi’s fourth infant but she has lived in several groups, so her offspring are spread out. Luckily, her current group has two silverbacks – great for protection! 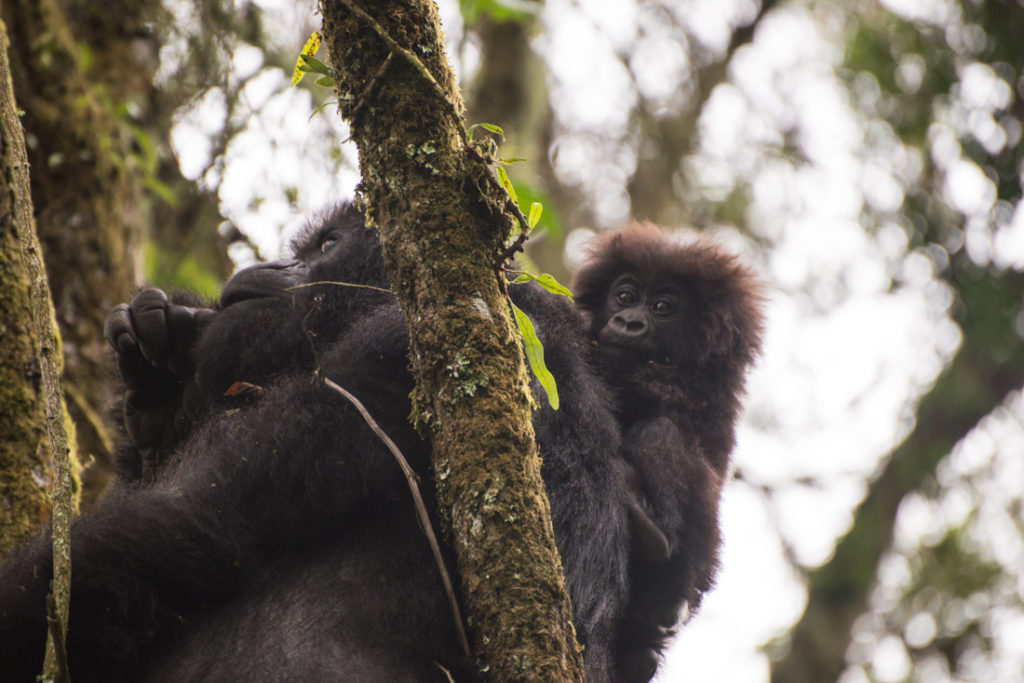 Tamu’s infant: Gender still undetermined, born on Sept. 8, 2016. Tamu and her infant live in a small group, with only three females, two infants and the dominant silverback, who is the youngest such leader we follow. Ukuri’s infant: Gender still undetermined, born on Aug. 7, 2016. This is Ukuri’s fourth infant and enjoys playing with three other infants in his growing group, led by impressive dominant silverback Mafunzo. 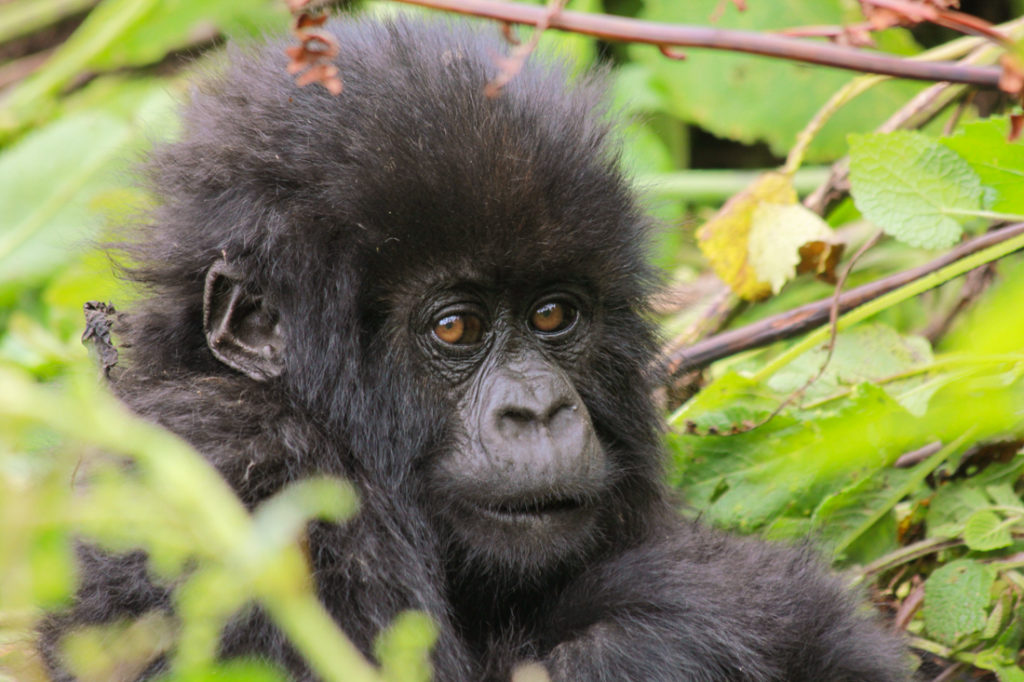 Mahirwe’s infant: A female born approximately April 1, 2016. We don’t know the exact date of this infant’s birth, because the group was ranging in the Congo side of the mountains when she was born. This group doesn’t have any other infants right now, but the new infant does have a juvenile sister to play with. 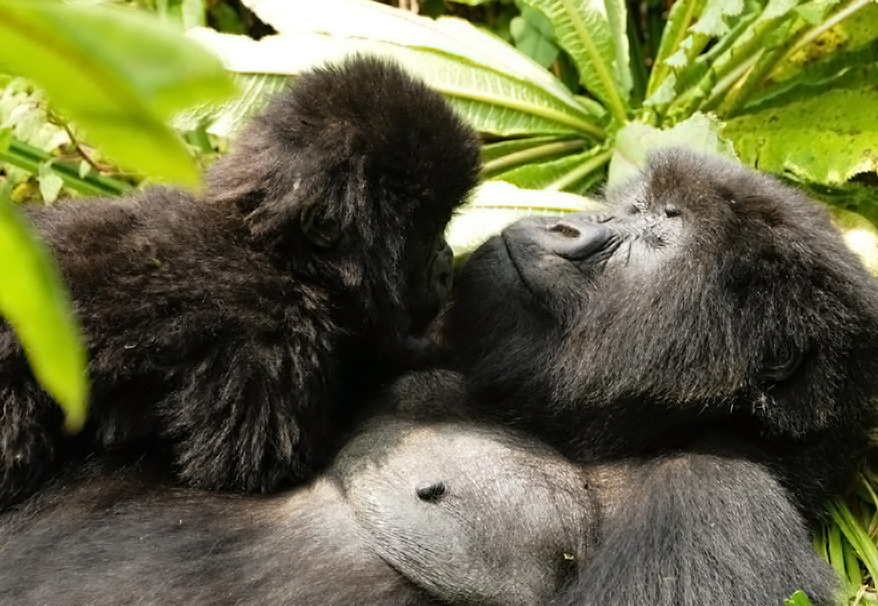 Tegereza’s infant: A male, first seen on March 7, 2017. Tegereza’s infant was also born while the group was ranging in Congo and is her second infant. He has a juvenile brother in the group. Adult female in Ntambara’s group: First seen on March 8, 2017. This previously unknown female was first seen in the group when they returned from ranging in Congo. Based on her size and appearance, she was estimated to be about 9 years old. She is well established in the group now and becoming more used to our field staff observing the group. Click here to help protect these gorillas’ future by supporting the Fossey Fund’s daily gorilla protection and monitoring efforts.
PrevPrevious
NextNext