The National Geographic Channel three-part series “Dian Fossey: Secrets in the Mist,” airing in December, covers many aspects of Fossey’s life and work, but none perhaps as poignant as her love for one gorilla in particular – silverback Digit.

Fossey first saw Digit in 1967 when he was just a few years old. He belonged to one of the groups she decided to “habituate” to her presence and she ended up forming a special bond with him, giving him the name Digit when she noticed that one of his fingers was injured, probably from being caught in a poacher’s trap. Fossey described Digit as playful and curious as a youngster, as well as gentle and trusting even as he grew into a large silverback.  She called him her “beloved Digit.”

When Digit was killed by poachers in 1977, Fossey’s grief was extreme. In his memory and to help raise funds for gorilla protection, she then founded the Digit Fund, which is today the Dian Fossey Gorilla Fund. In 1985, after Fossey was murdered, her grave was placed next to Digit’s in the forest.

Although the group Digit was in later disintegrated after a second poacher attack, Fossey closely observed many other gorillas who also became legendary as well, and today we still monitor many of their descendants. One of them, silverback Cantsbee, was seen and named by Dian Fossey when he was born in 1978 and lived until February 2017. In terms of offspring, group size, and length of dominance, Cantsbee was the most successful male mountain gorilla ever tracked and led the historic “Pablo” group for 21 years. Today, elderly female Poppy, now 41 years old, is the last of the gorillas Fossey knew who is still alive. She is monitored by Fossey Fund trackers every day in her group.

When Digit, Cantsbee, Poppy and the other gorillas Fossey observed were born, poaching was at some of its highest levels, motivating her to start funding anti-poaching patrols. As a result of this protection, which the Fossey Fund has dramatically increased and continued since Fossey’s death, the mountain gorilla population in the Virungas is double the size it was when Fossey was alive.

To support our ongoing gorilla protection efforts, our award-winning gorilla trackers, and the ongoing legacy of Dian Fossey’s courageous work, please consider donating to the Fossey Fund  or even buying a symbolic “adoption” of gorilla Digit. You’ll become an important member of the gorilla team and add your name to conservation history. Click here to adopt Digit. 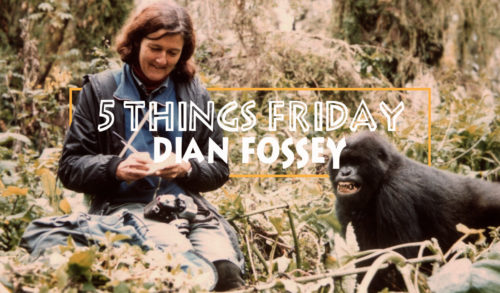 Fact 1: Dian loved animals from an early age Dian’s love of animals began when she acquired her first pet,... 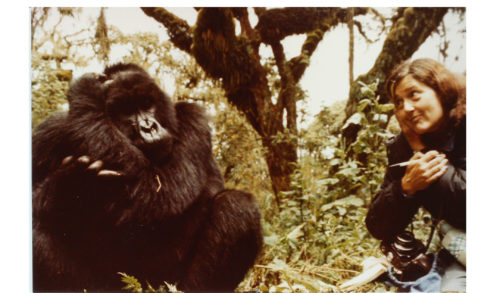