We first encountered Masumbuko Libeyo Acheteur in the heart of the Nkuba Conservation Area (NCA) in the Democratic Republic of Congo.  Established in 2012 through a partnership between the Fossey Fund and local communities, the NCA is a 1,300 sq km area of pristine Congo basin forest which is home to an estimated 200 Grauer’s gorillas. Most Grauer’s gorillas live outside of formally protected areas, which is why they have declined by almost 80% over the last 20 years. And so our approach of working with local communities to protect their forests is an important part of the overall strategy to save Grauer’s gorilla from extinction.

It was February 2018, and one of our tracking teams found Acheteur with a group of individuals who had just killed a chimpanzee. Hunting for food is a common practice in eastern DR Congo, where sources of domestic protein are extremely rare, but it is not allowed in the NCA.

Acheteur was prosecuted for poaching, and he promised to abandon the practice for good.

Fast forward to October. Our country director, Urbain Ngobogo, went to the local medical clinic, which was built by the Fossey Fund. He was surprised to see that one of the nurses was none other than Masumbuko Libeyo Acheteur.

How, he asked the man, did you make such a change in such a short time?

Acheteur explained that he had a university degree in nursing; he had only resorted to poaching because there was no work to be found as a nurse and his family needed to eat. When the Fossey Fund came to Nkuba and focused on improving the area’s infrastructure, including their crumbling health clinic, Acheteur realized that the presence of endangered Grauer’s gorillas nearby could actually raise the standard of living and address critical needs around food security, health, education and livelihoods.

He watched as the Fossey Fund rebuilt the Nkuba clinic; when it opened, he felt called to help and offered his services as a medical care professional.

Today he spends his days at the clinic, where he is one of their most respected and educated nurses, helping to improve the health of his community and ensuring a better future for Grauer’s gorillas.

As Acheteur’s story shows, our people-centered approach to conservation is working. It provides much needed jobs for local community members and also addresses the food security, health, livelihood and educational needs of more than 2,000 Congolese people who otherwise depend on these forests for their survival.  Says Urbain: “With more than 75% of Congo’s population living in extreme poverty, which is the second highest rate in the world, conservation must go beyond providing boots-on-the-ground protection to improving the lives of local communities. That is why our motto is Helping People, Saving Gorillas.” 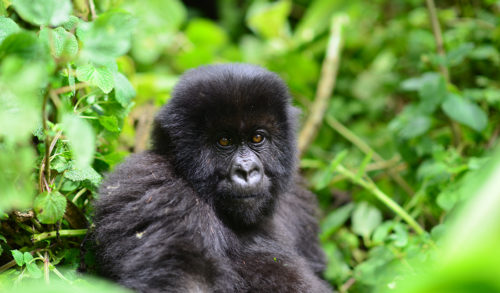 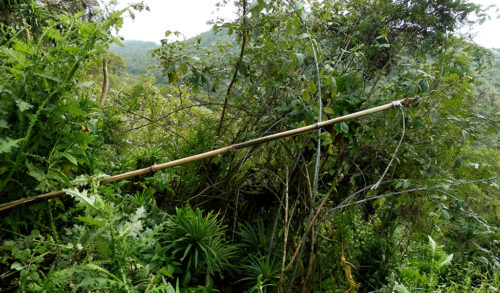 One of the important tasks carried out each day by Fossey Fund gorilla trackers and anti-poachers in Rwanda is the...