This year the Fossey Fund opened the new state-of-the-art Gorilla Rehabilitation and Conservation Education (GRACE) center, in a rural area of the Democratic Republic of Congo (DRC). Until then, the Fund had been caring for about a dozen rescued Grauer’s and mountain gorillas in temporary quarters in Kinigi, Rwanda (in partnership with the Mountain Gorilla Veterinary Project) and in Goma, DRC. The four youngest Grauer’s gorillas were airlifted from Goma to GRACE in late April, to be followed early next year by six older Grauer’s now in Rwanda. (Two mountain gorillas cared for in Rwanda will soon move to another facility operated by the Congolese park authority, ICCN).

As GRACE is receiving its final touches and waiting for the six gorillas to be transferred from Rwanda, the four gorillas already in residence are happy, healthy, and growing by the day. We now have six caregivers on staff, who spend time with the gorillas both in the neighboring forest and in the night-house. They come from a variety of work and academic backgrounds, but all say they enjoy their work and have bonded with the gorillas. 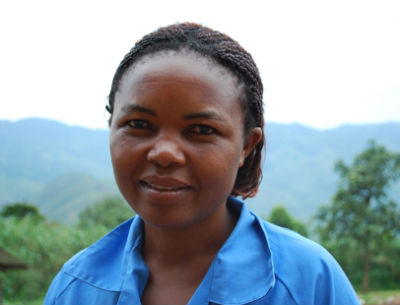 Aldegonde Kavugho, age 40, worked for years in commerce before deciding to dedicate herself to animal welfare. She started with the Fossey Fund in May 2009 in Goma, and is the most experienced caregiver currently at GRACE. “Gorillas are our utmost treasure, and I feel honored and humbled to care for them,” says Kavugho.

She is currently in charge of the kitchen, where she prepares food for the gorillas and the other caregivers, but she is able to spend some time in the forest with the gorillas. Her favorite is Kighoma, whose name means “drums” — the only male gorilla currently at GRACE. “I started with him in Goma, and I saw him growing into a wonderful, confident gorilla. Some day he will be a mighty silverback.” 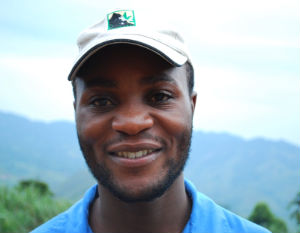 Dalmas Kakule, age 22, attended veterinary school for three years in Butembo, DRC, and hopes to return to school in the future. He started working with the confiscated gorillas in January 2010, in Goma, because he wanted to be close to animals and protect them.

“I am dedicated to working with these gorillas and with the ones we are getting from Rwanda,” says Kakule. “We will have a very big job on our hands, but I am looking forward to the challenge. By now, I know how to protect both the animals and myself.” His favorite gorillas are Amani and Mapendo, whose names mean “peace” and “love.” “They were the first ones to come to me in Goma, and we bonded immediately.” 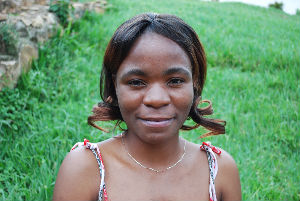 Jenny Misave, age 28, studied botany for five years at the Tayna Center for Conservation Biology (TCCB), the community-based college that donated land to GRACE and will also provide a public education program for the center. After graduation she worked at TCCB in logistics. She is the newest caregiver at GRACE, having joined the staff in July 2010.

“I love my job because I can practice my botany knowledge,” Misave says. “When I see a gorilla eating a plant, I am interested in immediately identifying it. Now they eat over 40 plant species in the forest.” Her daily routine is typical of the GRACE caregivers. She leaves home every day at 5:30 a.m., arriving at GRACE by 6:00 and leaves for the forest with the gorillas at 6:30. They return to the night-house at 5:50 p.m. Her favorite gorilla: Amani. “She is so gentle and friendly. Her name and behavior are a perfect match.” 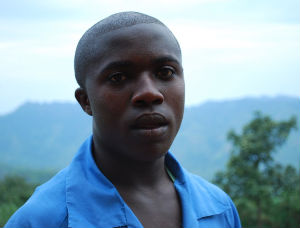 Augustin Mbusa, age 19, also started work with the gorillas in Goma in February. He says he is happy to be part of “the impressive GRACE project. This job is so important. The gorillas are our treasury, and we are its loyal guardians.” He says his favorite gorilla, Ndjingala, “is an adorable baby who needs all of our love and care to eventually become a strong, independent gorilla.” 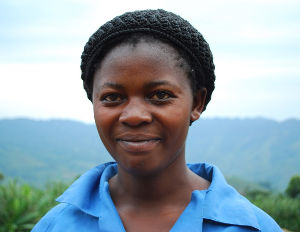 Kavira Kakule, age 21, first saw gorillas at the age of 5 in Virunga National Park, where they left a great impression on her. She started working at GRACE in May 2010. She says she chose this job because she wanted to help preserve the natural richness of the Congo and the world. “I feel a great responsibility with my job. If we step away from protecting the animals, others will as well, and before we know it, they will disappear.” Kakule says she can’t choose a favorite gorilla because she loves them all. 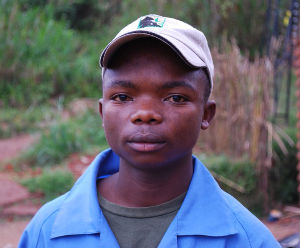 Kambale Muviri, age 23, started working with the confiscated gorillas this February in Goma, and had previously spent a year in the forest habituating chimpanzees. Since he began working in Goma he has slept every night with Ndjingala, though he has a small infant of his own at home. “I love Ndjingala as much as I love my baby,” says Muviri. “I want to protect her and teach her how to be a happy gorilla.”

GRACE was initiated with funding from the U.S. Fish and Wildlife Service and USAID, the Disney Worldwide Conservation Fund and animal experts from Disney's Animal Programs, in partnership with the Congolese conservation authority (ICCN). A Governing Council is now being set up to direct and manage the center.