Cross-Border Patrols Back in Action

Cross-Border Anti-Poaching Patrols Back in Action

Anti-poaching patrols are an extremely important part of the Karisoke Research Center's long-term work and history. Karisoke carries out anti-poaching patrols every day to protect gorillas and their habitat, within a designated sector of Rwanda's Volcanoes National Park. They also participate in regular patrols in other areas of the forest in collaboration with the Rwandan and Congolese park and wildlife authorities (ORTPN/RDB and ICCN). These joint patrols often involve camping out for long periods of time, especially in areas where there are high levels of illegal activities.

For approximately two years there were no mixed patrols with the Congolese park authorities, due to insecurity in the Democratic Republic of Congo. This changed last year when Karisoke anti-poaching patrols were able to work once again with ICCN rangers. Daily, regular and overnight patrols are extremely important, as snares continue to threaten mountain gorillas. In 2009 alone, 1001 snares (set for antelope, buffalo and hyrax) were found in the forest, including snares found by Karisoke field trackers during visits with the gorilla groups we monitor daily. Poaching activities tend to increase during the holiday season between Christmas and New Year's. This is when the patrols need to be extremely careful as they search for illegal activities in the parks. For example, on Dec. 17, 2009, a 6-year-old sub-adult female named Turimaso, from Karisoke's famous Pablo gorilla group, was found with a snare around her wrist. Snares can cause infections, loss of limbs and even death to a gorilla who happens upon one — plus emotional trauma for both the victim and the gorilla group as a whole. Karisoke staff and a team of veterinarians from the Mountain Gorilla Veterinary Project were able to anesthetize Turimaso and successfully remove the snare. This is never an easy feat, as it can cause much stress to the entire group. Luckily, Turimaso's story ended positively, but this is not the case for all mountain gorillas who become victims of poachers' snares.

The anti-poaching operations conducted by Karisoke and its collaborators have been very successful. Since the end of December alone, many anti-poaching operations have had positive results. During the last week in December, Karisoke rangers along with ORTPN/RDB and ICCN conducted three patrols in two major sectors of the park. They noted an increase in illegal poaching activities, especially during New Years' Eve. This mixed patrol destroyed 53 snares, and found many poaching trails and dogs in the process.

January 2010 also brought positive results for two major, mixed anti-poaching patrols. From Jan. 8-12, Karisoke, ORTPN/RDB and ICCN conducted patrols in the Mikeno and Karisimbi volcano regions, finding and destroying 255 poachers' snares. Another overnight camping patrol combining rangers from all three agencies took place January 16-20 in another large section of the park. They found a total of 112 snares, plus poaching camps, seven antelope carcasses and a buffalo carcass caught in snares. A mixed patrol that took place in early February in two more zones found 149 snares and two antelope carcasses. One of the zones near Mt. Mikeno yielded a great deal of evidence of poaching activities.

Karisoke's fight against poaching, to protect the last remaining mountain gorillas, is ongoing. The efforts of dedicated, hard-working rangers and other staff members, alongside their counterparts in ORTPN/RDB and ICCN, make these vital anti-poaching patrols possible. 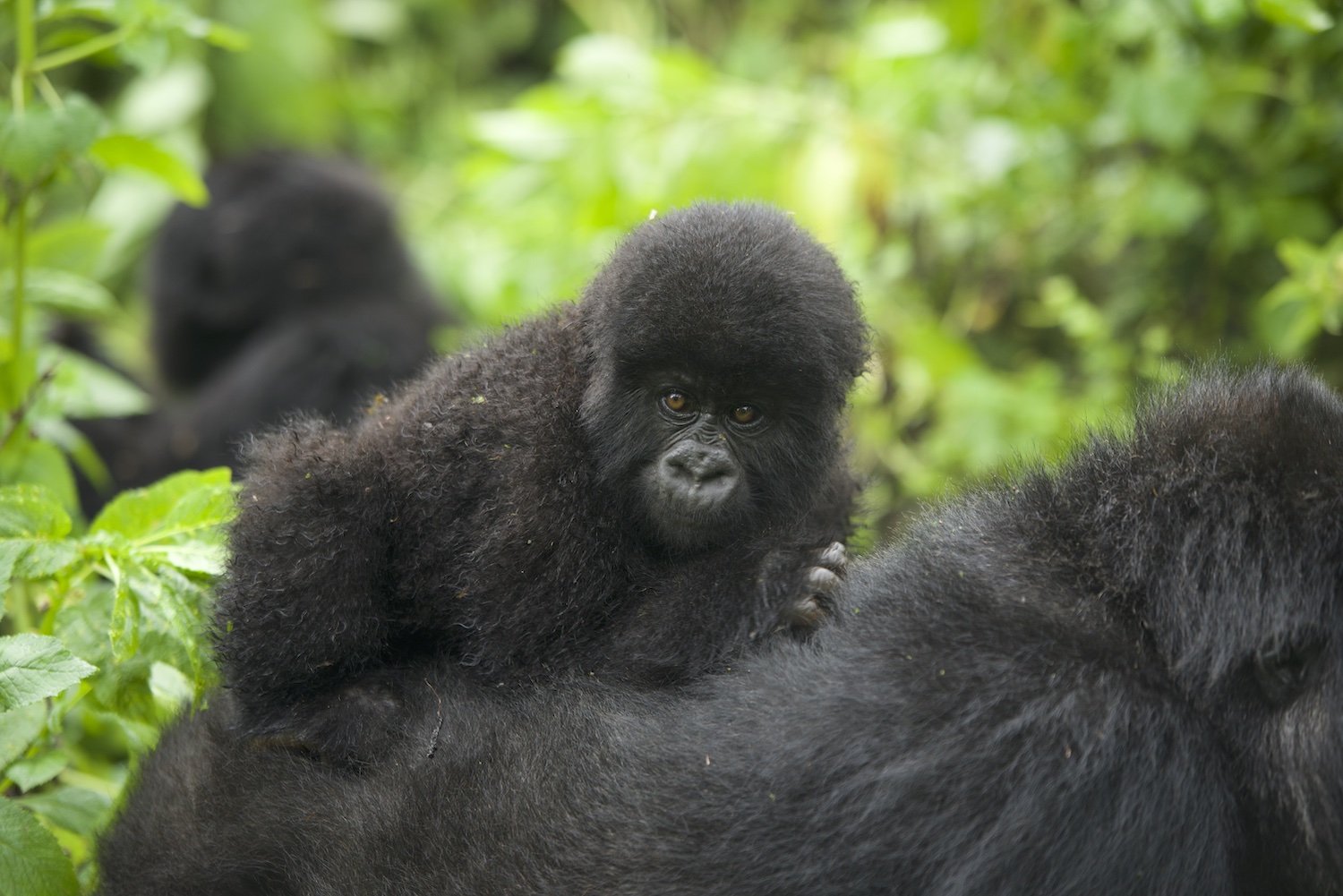