After more than a month of uncertainty following dominant silverback Bwenge’s unexpected death, Fossey Fund trackers report that Maggie and the remainder of Bwenge’s group have merged with Ugenda’s group, bringing the number to a total of 13 gorillas and hopefully bringing the group some stability after a succession of unpredictable events. The merge seemed to begin when Ugenda silverback Wageni showed up in the remnants of Bwenge’s group on Oct. 29. At first there were bouts of aggression and tension, including displays toward Maggie and even two instances of Wageni biting young gorillas. However, by rest time the next day, Wageni made peaceful belch vocalizations, which were returned by Maggie, a sign confirming that there was some gaining of confidence.

Later that day, Wageni was reported making several hooting vocalizations and switching directions while traveling downhill with the group following. Trackers were uncertain whether Wageni was making the vocalizations to reconnect with a female, such as Faida, or his original group: Ugenda’s group. Based on events that ensued the following day, it seems he was making calls to return to Ugenda’s group.

On Oct. 31, the two groups (the remnants of Bwenge’s group and Ugenda’s) merged. All the gorillas were mixed together and many displays were recorded, some directed at Maggie and some between silverbacks Wageni and dominant Ugenda. The two were in visible conflict over Maggie, but Ugenda seems to have succeeded by being able to keep a close proximity while Wageni was forced to stay further back.

On Nov. 1, the group was recorded traveling and resting together. There were reports of more displays from Ugenda and Wageni toward Maggie, but there were also hopeful reports of grooming and playing among younger gorillas. As of Nov. 3 the situation between the two groups seemed to be peaceful.

It was unheard of for a female to lead a group on her own, something Maggie surprised us all by doing for several weeks. While we admired her perseverance, we are happy to see the groups merge because it can be dangerous for young gorillas to be present in a group without a silverback. For Fossey Fund trackers, this is also good news because it means we will now be able to concentrate even more resources on one unified group. 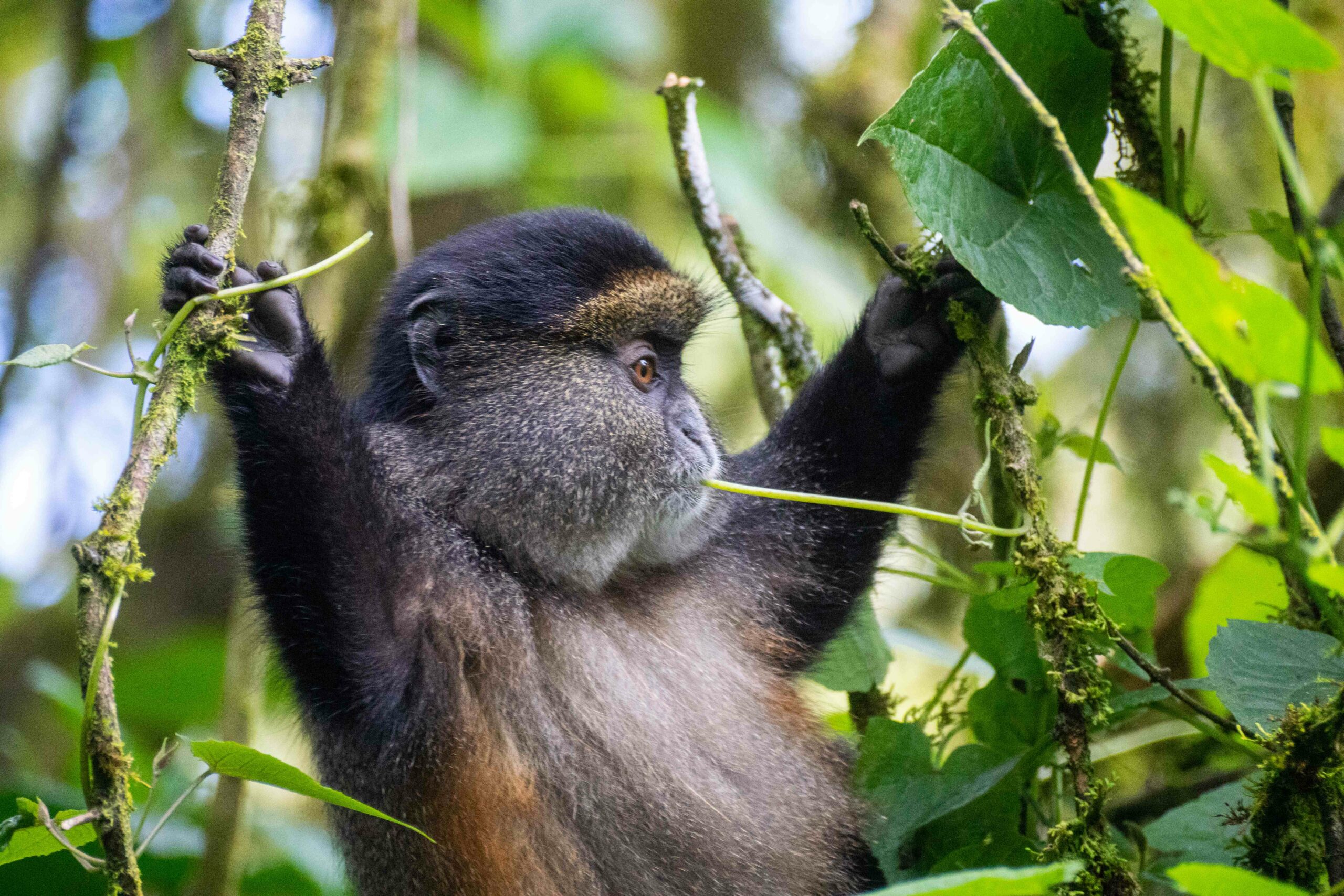