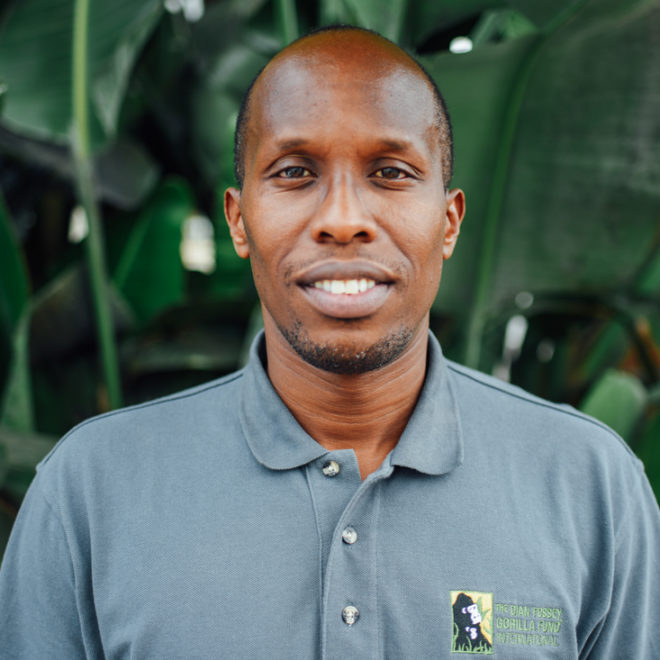 Felix Ndagijimana became the first Rwandan director of the Fossey Fund’s Karisoke Research Center in January 2012. He oversees all of the Fossey Fund’s programs in Rwanda, which include protecting gorillas, conducting scientific research, training future leaders in Africa conservation and helping local communities. He leads a staff of more than 120 and manages the Fossey Fund’s many partnerships in the country.

Felix joined Karisoke as a research assistant in 2004 and served as deputy director after
earning a master’s degree in primate conservation from Oxford Brookes University (UK) in 2008, on a scholarship created by Fossey Fund supporter Mary Ann Parker in honor of her son John Eric Peckham.