Trackers and rangers are the heroes of gorilla conservation, navigating through dense and remote forests every day to find and protect endangered gorillas.  In Rwanda, the Dian Fossey Gorilla Fund’s trackers trek daily to locate specific mountain gorilla groups that we monitor every day of the year. The gorillas in these groups are habituated to the presence of human observers, so we are able to collect detailed information on their status and behaviors.

In the Democratic Republic of Congo, our tracker teams follow and protect unhabituated Grauer’s gorilla groups from a distance, staying in the forest for several weeks at a time. Here we collect information using their traces, such as food remains and fecal samples.

We are proud to celebrate World Ranger Day on July 31, since it highlights the critical work that trackers like ours do to protect and preserve wildlife throughout the world. Their work is challenging, difficult and can be dangerous, but their relentless devotion is critical to wildlife everywhere, and to the planet’s well-being. From all of us at the Dian Fossey Gorilla Fund, we send our deepest gratitude to all the rangers protecting wildlife around the world!

Here is a look at a just a few of the nearly 100 Fossey Fund trackers protecting gorillas every day in Rwanda and the Democratic Republic of Congo.

Felicien Kanyarugano has been a tracker with the Fossey Fund since 2000. And before that he worked as a security guard at our main office in Rwanda. His favorite gorilla is female Pasika, because she gave birth on the same day in 2001 that his own daughter was born! He then decided to name his daughter “Mukapasika.”

Over the years, Kanyarugano has worked with many of the gorilla groups the Fossey Fund protects in Rwanda, including the historic Titus and Pablo groups. He’s seen groups interact and change, and has watched many infant gorillas grow up and thrive.

“Mountain gorillas are endangered and their population is tiny compared to most other animals,” Kanyarugano reminds us. “I want to encourage the young generations to study conservation, so they will be able to take over the responsibilities for conserving wild animals like these.”

Jonas Nubaha, the Fossey Fund’s longest-serving tracker, has been with the Fossey Fund since 1979! He is the only tracker who actually worked with Dian Fossey — she recruited him to be on her anti-poaching team. Fossey was killed in 1985, but Nubaha persevered, and has since worked with almost all the historic mountain gorilla groups monitored by the Fossey Fund.

During these years, Nubaha has witnessed the growth of the Fossey Fund’s activities, the significant increases in the mountain gorilla population, and a drastic reduction in the numbers of poachers’ snares in the forest. His favorite gorilla is the late silverback Shinda, whom he considered a friend and protector.

“I’m proud to be part of this team and the longest-serving tracker of the Fossey Fund,” he says. “I am grateful that the Fossey Fund has continued the work of Dian Fossey, and that so many people now work tirelessly to protect the mountain gorillas.”

Imani is from the area in eastern Congo where our work is based, in the village of Nkuba. He has been with us since 2015 and says he wants to help protect the community-managed forests where we protect the gorillas. Unlike the situation in Rwanda, these forests are not part of a national park, so we work closely with the local communities, to help them manage forests that had once been heavily hunted, decimating the wildlife that once thrived there. Our trackers camp for weeks at a time deep in the forest, protecting the critically endangered Grauer’s gorillas that are found only in this region.

“We have made progress toward better conserving our forests, but we still have work to do,” Imani says. “Conservation means protecting the forest, making sure the forest is always there, for the people and for the gorillas.”

Imani is most excited to see our biodiversity program grow in Congo, because he is interested in all the animals and plants in the forest and wants to learn more about all of them. He hopes that one day young students from Nkuba will go on to university and come back to help lead this conservation work!

Silas Fundi is our “chef d’equippe” (team leader is the translation), and learned about our work in Nkuba through our website, while working in Congo’s Lomami Reserve for the Lukuru Foundation as a field biologist. Wanting to do more work with gorillas, he looked for an organization that was protecting gorillas and also focused on research. A quick internet search led him to the Fossey Fund and he started with us in 2018.

Silas says he was incredibly lucky when he became the first person on our Congo tracker team to take a photo of one of the gorillas we monitor in the forest. We follow these gorillas from a distance of about two days behind and rarely actually see them, but sometimes they can surprise us and show up within our view. He says he was thrilled to see the gorillas in their natural habitat, and that this was his first time seeing wild gorillas!

Silas says that he has found that the community in Nkuba understands the importance of conservation, especially as our community programs continue to grow. “People see the benefit from protecting their forest and appreciate the alternatives to bushmeat that we are teaching.”

We extend heartfelt thanks to our wonderful trackers and to all the others like them protecting wildlife around the world! 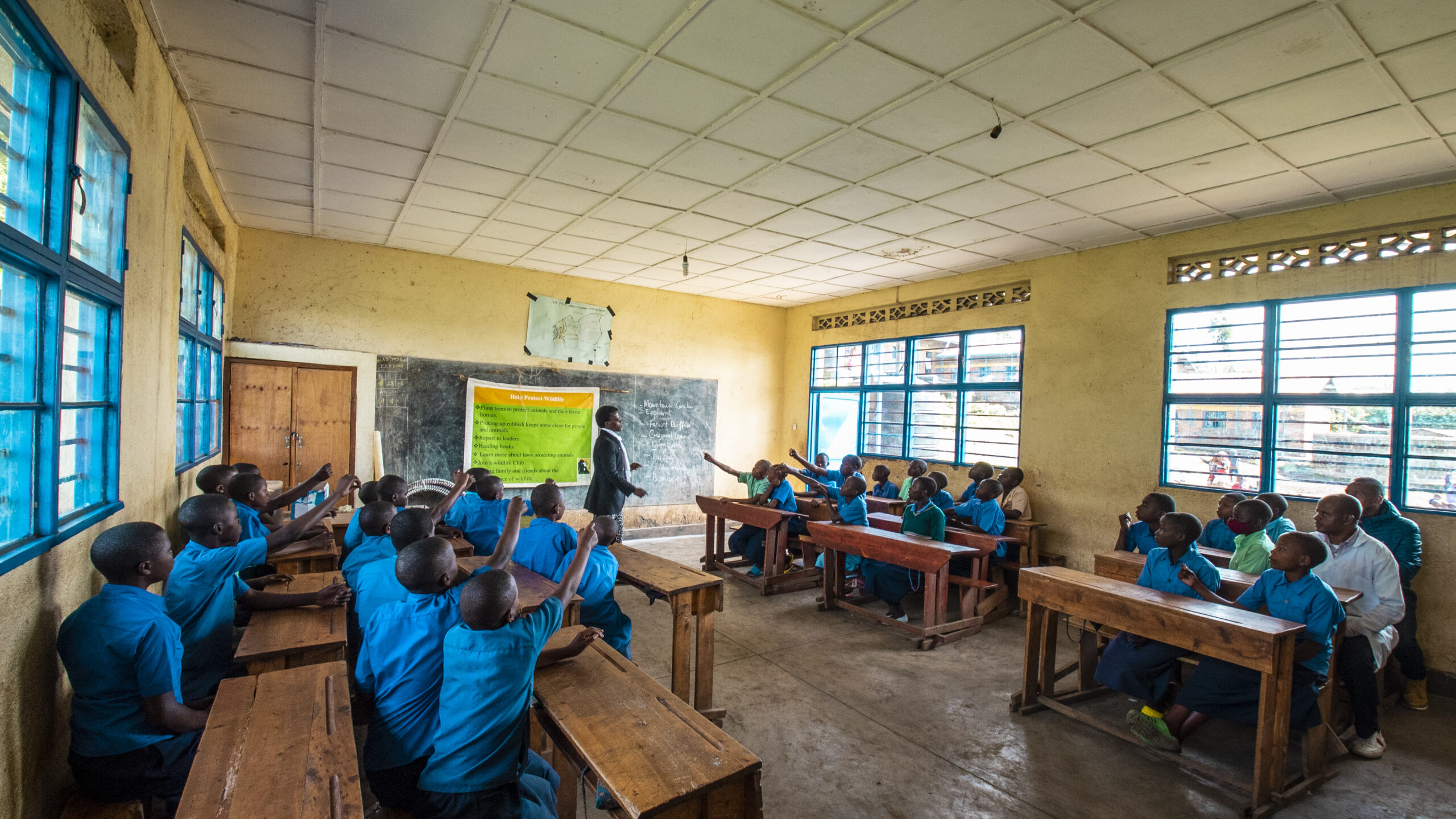