Today the Rwanda Development Board supported the Karisoke trackers to search for the dispersed gorillas mentioned in yesterday’s blog:

Six teams were organized for the search: two for Gushimira’s group, two for Pablo’s group and two for Umusatsi, but they didn’t find any of the dispersed gorillas. 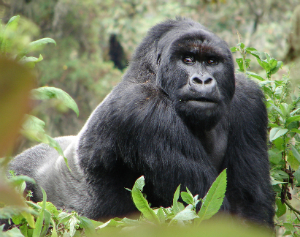 There was one positive development today, however: One member of the team looking for Gushimira found Giraneza’s group. Six days ago we accidentally met Giraneza’s group, which we had stopped following last year after they crossed the border from Rwanda into the Democratic Republic of Congo. Now, it’s clear that they are back in Rwanda, so we are reorganizing the field teams in order to resume daily monitoring of Giraneza’s group. The gorillas in the group are fine and female Taraja’s newborn seems to be healthy.

Although Pablo’s group was not seen, Musilikale’s subgroup was seen again. It was clear that the seven gorillas had spent another day separately from the main group.